Bit of an impromptu Ask Alex but I know we haven’t had one in two weeks since camp started up. Sure there’s a lot on your mind. We’ll be here the next hour, 3-4 PM/ET.

Hamish: What would Edmunds need to do to win the starting job over Burnett?

Alex: That’s a good question. Carry over what he’s doing now into games. Be a playmaker. That’s something Burnett isn’t going to bring. If Edmunds can show he can make some splash plays, maybe that opens the door. In addition to the obvious. Be a good communicator, tackle well, assignment-sound. Still going with Burnett starting SS Week 1.

Kyle Chrise: are you seeing any personnel or execution changes on Special Teams to reflect the new kickoff rules?

Alex: On the kick return team, yes. I outlined how it looked here with the 1st team. 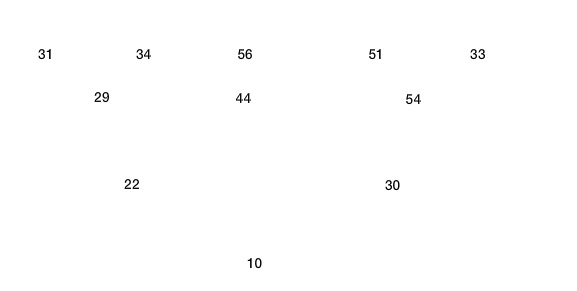 WARisHELL: Now that you’ve had the chance to watch a good number of practices is there anything that stands out about Tom Bradley compared to Lake? New drills? Is Bradley a disciplinarian or does he take a more calm approach?

Alex: That’s tough for me to say. The defense practices on the far field during those individual drills so you don’t always get to see what he’s doing and saying. I feel like the DBs this year are more competitive at the catch point. Maybe a scheme tweak with Butler/Bradley. All the players say there’s more man coverage this year. We’ll see.

Damoun Patterson has been showing some flashes. I know it’s early, but with the lack of depth at receiver, does he have a decent chance of making the 53?

Alex: No, I think his odds are going to be tough. One interesting aspect he brings to the table is coverage ability. Originally went to Utah State, made eight tackles there, and even at YSU, was a starting receiver and gunner on punts. He’s already bought into special teams and knows what the demands of that unit entail.

But you’re getting a feeling he’s one of those guys who is fading away, common for a rookie. 10 catches on 15 targets the first five practices. Four catches on 15 catches the next five, including two drops. Practice squad is still a strong possibility.

@RickDubois12: Hey Alex. I was wondering about the development of second year man Brian Allen. Do you see him as a contributor in situational packages this year or is he still a year or 2 away from being a part of this defense? Thanks.

Alex: I think he’s progressing but there’s so much talent in the secondary, so many guys they want to get on the field, I think it’s going to take an injury. Sutton, Edmunds are going to be the first/second cracks in their sub-package football. It is possible that for say, the Patriots game, Allen has an expanded role to take on someone like Gronk, but it’ll be gameplan specific week-to-week, not an across the board thing.

@Latrobe390: I realize this is tough to answer before seeing any preseason games, but…Assuming they keep only three running backs, do you think Samuels will beat out Ridley and Tousssaint?

Alex: Yes, I’m pretty confident in saying that, even this far out. They’ve gotten Samuels enough reps with the 1’s and he’s going to offer a lot to the offense, especially as a receiver. That’s a guy they want to find ways to get on the field. Can run some Pony with Bell in the backfield, Samuels split out.

You’ll have Bell, Conner, Samuels on the 53. Maybe a chance for a 4th RB, my money is on Ridley, but that would be uncommon, obviously.

Alex, thanks for the reports from camp. Absolutely terrific and helps us far away fans feel like we are there.

Question: How does this years camp compare in intensity to last years? Maybe it’s the influx of youth onto campus this year, but it seems to be a lot more smiling and relaxed pace. I was under the impression that last year involved a lot more focus and competition.

Alex: It feels about the same. The last two days have been downers with them in shells and then all the rain that shortened things yesterday. But I don’t feel the intensity is more dramatic one way or the other. It’s pretty intense.

Alex: Positive has to be McCullers. Not that he’s had the best camp, many others have been more impressive, but I didn’t expect him to look like a guy who has taken a step forward. Someone worthy of a roster spot if he can carry these practices over into games. I’ve been a big critic of him so he’s definitely turned him around.

Negative surprise…there haven’t been many. Camp is for players to look good. Some guys who have struggled, some of the backup tackles, but that’s far from a surprise. Xavier Grimble has made a couple splash plays but I continue to feel like he’s leaving more on the table. Hope that changes inside the stadium.

Anthony Palmerston: How have Matakevich and Bostic been looking out there so far? Like starting LBs?

Alex: They’ve had their moments. More against the run than pass. Neither have been particularly impressive in coverage. Kind of waiting for something there. I don’t think this battle gets decided until after the 3rd preseason game. Team will take as much time as they need to sort things out.

Calan Clark: Has Grimble done enough to hold his spot as the team’s #3 TE? Is anyone else looking like they could make a push as this point in camp? Thank you!

Alex: He’ll keep it. Partially because there’s no one else to push him. Bummer Jake McGee isn’t around to provide that nudge. No one else is a threat. Hodges, McKever, CSW isn’t eligible.

You are there on Tuesday Alex and Mike Tomlin comes over and yells up to you in the stands “Hey Kozora, I have been reading your work over at the Depot and you have an eye for football. You get to pick one player here today you think is on the bubble of making the 53 and give them the one piece of advice you think they need to get them over the edge”.

Which player do you pick and what do you tell them?

Alex: Ha, well I’ll wake myself up from that dream if it ever happens. I don’t know what good my advice is. I think for any of the bubble guys, at least, skill position players, is be get Danny Smith in your corner. Be a special teams standout. Be versatile on that unit an at your position. Someone like OLB Ola Adeniyi. He can rush the pass but can he cover ground on special teams? Can Marcus Allen make himself valuable enough to beat out a guy like Coty Sensabaugh?

Denny: Alex, It seems that our OT depth is questionable and Okorafor is raw as expected. Who would you turn to next if there was a need at OT? Feiler? Rodgers? anyone else on the roster showing any promise?

Alex: It’s a good question. The team hasn’t entirely revealed that answer. At LT, it’s going to be Okorafor. You don’t have another option. Rodgers isn’t secured of a roster spot. The right side…Okorafor has gotten work there but so has Feiler. Who would they turn to? If I had to guess, Okorafor, but I’m really not sure.

At tackle, no, those are your guys. Cheek, Prince, Meadows, they don’t have a shot for the 53. Maybe Prince on the PS, though I’d like it better if he played RG than RT.

NickSteelerFan: If you had to choose a back of the roster DB to keep on the 53, would you keep Dangerfield, Marcus Allen, Malik Golden or Sensabaugh?

Alex: I’m not committed to any one player. Let them battle it out, whoever looks the best in the preseason gets the last lifeboat. There’s things to like about all of those guys. Dangerfield’s experience, Allen’s ST potential, Golden’s athleticism, Sensabaugh’s vet experience and camp performance. Good thing is we don’t have to make those decisions now. Who knows how things look in 3 weeks.

Chad Weiss: Hi Alex
Do you take Adeniyi or Adams if roster cut downs was today?

Alex: Adams, because I’m more confident in him on STs. More athletic, fluid player. But like I said above, the good news is that you don’t have to decide now. And it’s possible to keep both. That’d give you five.

Justin: Do training camps ‘sell out’? Planning on attending my first one next Saturday and wasn’t sure how early to get there.

Alex: For the weekends, yes, they can get pretty busy. A little less so the more camp goes on but I’d recommend getting there no later than 1:15-1:30 if you are watching practice. Get a nice spot in the shade. For autographs, if you’re going to be up on the fence line, even earlier, because people like to race up the road to get first in line.

@ROCSTEEL: 1. Who has been the most physical MLB so far? 2. How does Matakevich look in space? Is he physical at the POA? 3. Is Terrell Edmunds falling for cream & letting players get behind him? 4. How has Nat Berry looked? Is he quick twitched or just a hitter? 5. Bucky Hodges has 3rd TE?

Alex: Most of these guys have been physical. Hard to pick out one above the rest. Better question is looking for someone who can cover.

Matakevich in space…not great. Jesse James has beaten him down the seam so that tells you a decent bit. But most of the ILBs haven’t made big plays in coverage. Fort can move, Thomas has a couple breakups and a pick.

No, defense as a whole has kept a lid on things. Some miscommunication on some slant/flat combinations, things not passed off correctly, but those are the growing pains of camp. Won’t be perfect.

Berhe has been pretty quiet. Flies around but he can’t hit with the full force he’d like to, especially in coverage.

That’s all for today. Glad we could catch up! With the game Thursday, we’ll have another mailbag at 2:30 PM/ET.