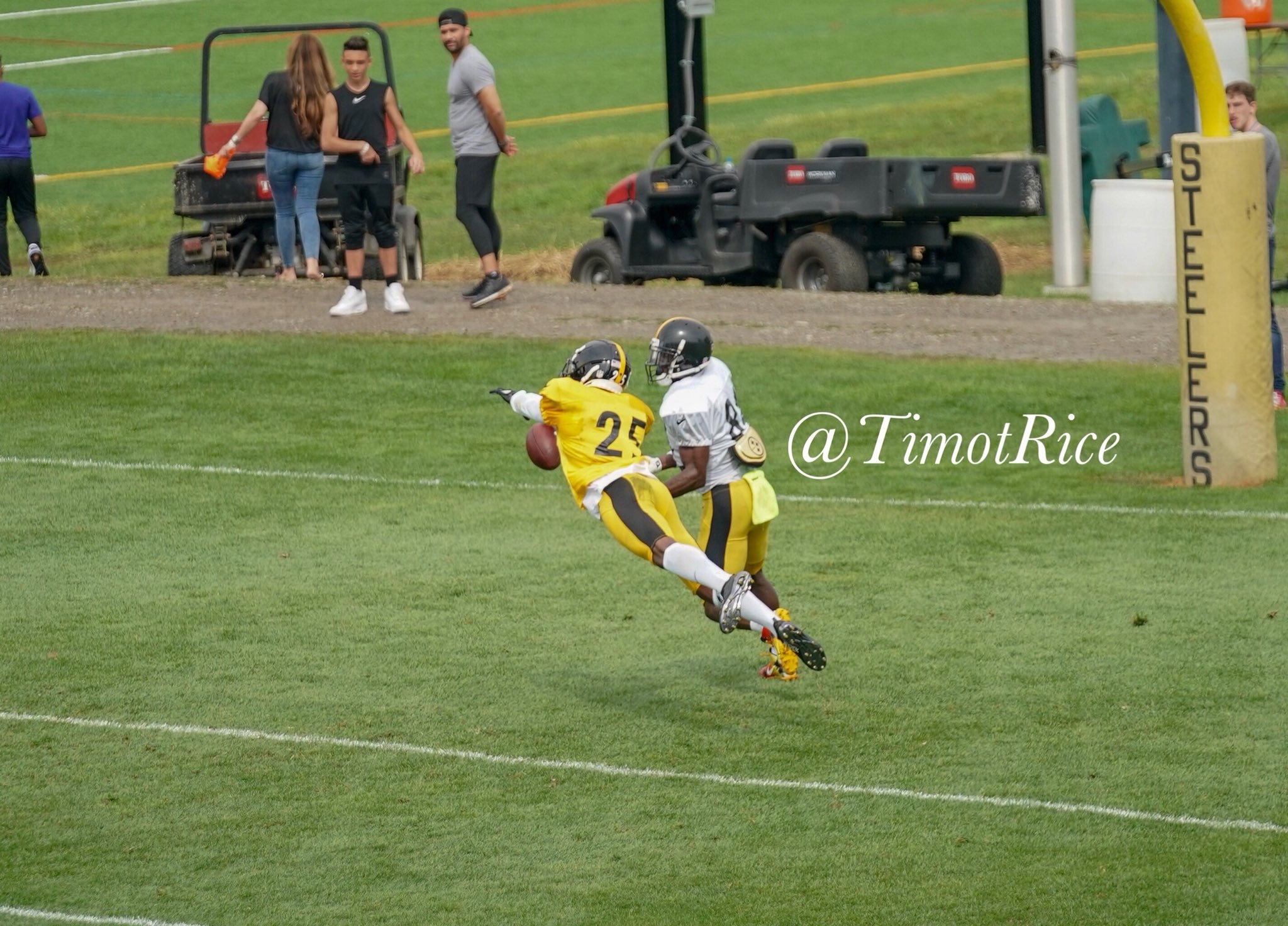 One of the most prominent features of the Pittsburgh Steelers’ training camp over the course of the past three years has been the pitting of cornerback Artie Burns against All-Pro wide receiver Antonio Brown. Burns was a rookie first-round pick in 2016 and raw at that, so when he was first thrown into the fire, he got burned.

Into his third year of skirmishes with arguably the best player in the game, he does now win his share of the battles, even gets his interceptions from time to time. He may be having his best training camp to date so far.

He has reached a point in which he not only gets to grow by going against Brown, but he also helps Brown grow in going up against him. They have forged an intense but good-spirited rivalry that drives both of them to be better than they were the day before.

“You can tell he takes it as a challenge”, Brown said of Burns and his assignment to go up against the receiver. “He is competing against me every day, giving me his all. That is what you want. You want a guy who is confident, competitive and will compete against everybody to make the team better”.

Burns also talked about the value of going up against Brown virtually every day and the role that that has played in his development over the years, saying that he enjoys the competition making him better and that he also wants to help Brown get better as well.

“He comes in every day working hard. Guarding him I have to have my best rep every time”, Burns said. “He is ready to do something spectacular every play. If I get just a little bit better every day going against him, even if it’s one percent better, that is what it’s all about”.

The cornerback is entering his third season and a big year for him. the 2017 season was his first as a full-time starter, and while he improved overall from his rookie year, he did not have the sort of growth that either he or anybody else on the team was expecting to see from him.

While he has already established himself as a competent if flawed starting cornerback, the Steelers believe that he can be more than that, a legitimate asset, and the way that he has played so far this summer suggests that he may be able to become that player.

Brown sees it as well. “Every day he is getting better”, he observed. “I think for the past couple of years it’s made him hungry. He wants to compete against me. That is what we want”.

Now he is in a place in which he feels comfortable in the rivalry, on virtually even footing with the superstar pass-catcher. Both of them expect to be able to win on any given rep, and the loser will always hear about it. As both of them said, that’s what it’s all about.