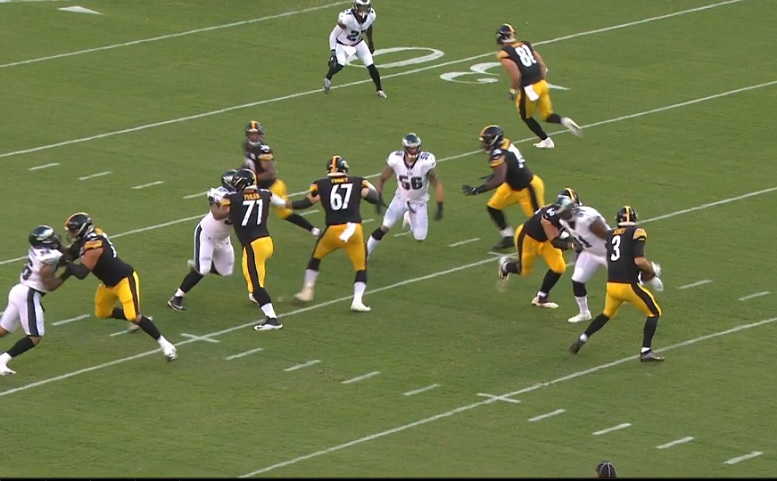 The Steelers essentially lost their top two backup tackle options this offseason when Chris Hubbard left in free agency and Jerald Hawkins suffered a season-ending injury. That suddenly left the team very vulnerable at the position should a starter suffer an injury.

Not that they had no other options. The team drafted Chukwuma Okorafor in the third round, and he seemed to show relatively well during his preseason debut against the Eagles on Thursday, playing for the majority of the game, both at right and left tackle.

The Steelers are hoping that Okorafor will seize that swing tackle role and ease their minds. Jake Rodgers, who has spent time with the team in the past, also had a solid showing, and Matt Feiler has prior experience playing tackle.

So the question at the end of the day is this: did what you saw on the field on Thursday make you feel more confident in the Steelers’ depth at the tackle position? Would you be reasonably confident in the team putting Okorafor on the field and being asked to play meaningful snaps due to injury?

I might not go that far yet in saying that I’m confident about it, but the Eagles game did get me closer to that point, personally. Okorafor still has a lot to work on, and he is, but frankly, we’ve seen worse play from starters before (such as Mike Adams).

I do also believe that Feiler is capable in a pinch, but the concern there now is finding him tackle snaps with both Ramon Foster and B.J. Finney injured. Should he need to play tackle, he will need to find the time to take some reps, as should go without saying.