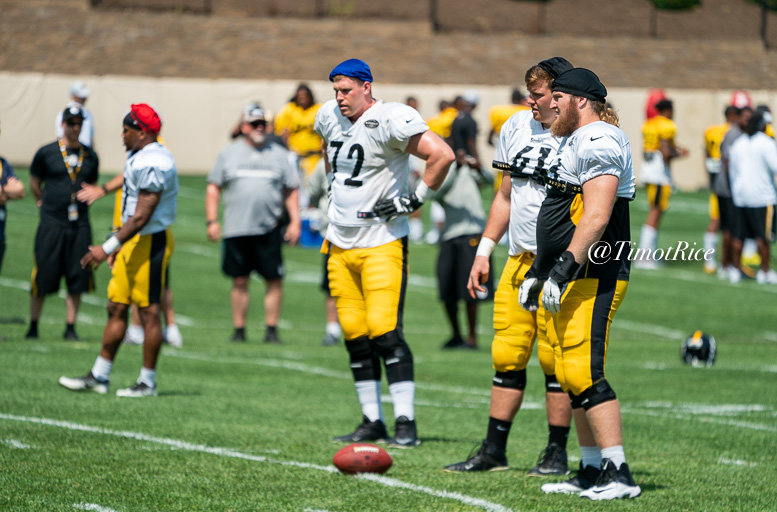 This hasn’t really been talked about too much just yet, but rookie offensive lineman Larson Graham (#61) is a player who is clearly trending upward simply as a product of the quality of reps he is receiving. A college tackle whom the team has seemingly converted full-time (at least for now) to guard, he began training camp as a third-team participant, but was chosen to bump up to the second team with Ramon Foster out.

After suffering a knee injury late last week, Foster will be sidelined for pretty much all of the preseason, during which third-year veteran backup B.J. Finney will take his starting spot. That leaves open a starting spot with the second team, and Graham has so far been the one filling it, moving from third-team right guard to second-team left guard.

That is especially impressive when you consider the fact that his background is tackle, meaning that he has been making quick and meaningful strides. Of course time will tell if he continues to take those reps, and he will ultimately be judged by what he does in the preseason.

But he is making himself a more attractive option to be kept on the practice squad this year, which becomes especially likely if the team only carries eight offensive linemen on the 53-man roster, largely because if they do, it will probably mean that they signed a tackle in free agency or traded for one.

The Steelers in fact list Graham as a tackle on their website, but he has worked—to the best of my knowledge—exclusively at guard so far. He talked about moving to guard during the spring. At a listed 292 pounds, he is on the light side to play tackle at this level.