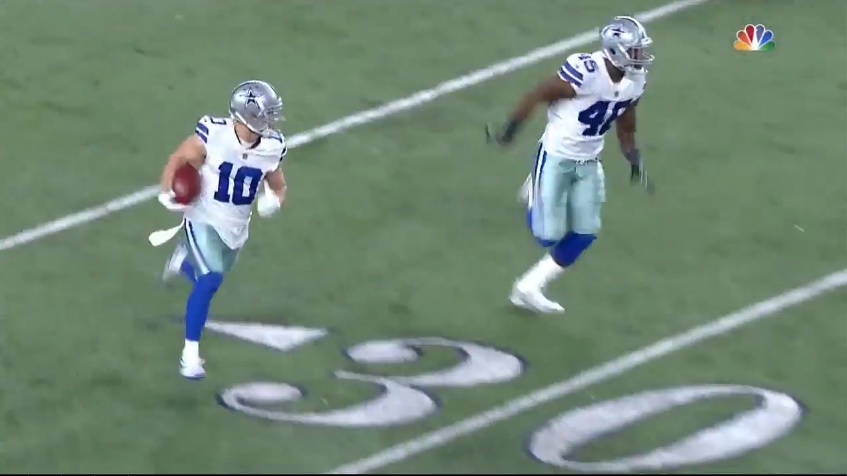 Question: Will the Steelers use new wide receiver Ryan Switzer as both a punt returner and kick returner?

It’s hard to call it a surprise anymore since the team has been doing it every year for about the past five or six years, but the Steelers put out a minor trade late in training camp once again yesterday when they sent a fifth-round pick to the Oakland Raiders for wide receiver and return specialist Ryan Switzer and a sixth-round draft pick.

Switzer was a rookie for the Dallas Cowboys last season and returned both punts and kicks for them, but was only really a punt returner in college. He averaged 8.8 yards per punt return on 29 attempts, which is far from exceptional, but that did include a touchdown. He averaged 25 yards on 24 kick returns as well, which is, again, not exceptional. He returned one kick for 40+ yards.

Last season, the Steelers ended up going into the regular season with returners who did not take game reps in the preseason, most notably JuJu Smith-Schuster as the top kick returner. But they seem to want to move away from that even though the receiver earlier this offseason said he expected to keep the role.

The last couple of times the team has tried to find a return specialist, they have given him the chance to do both punts and kicks. Jacoby Jones did both. Dri Archer was given a chance to try to do both, but only ever got one shot at returning a punt in a meaningful game. Chris Rainey also did both.

Wide receiver was one of the deeper positions on the roster, arguably, but returner was not, and that is where Switzer’s initial value is going to come, at least presumably. Will he work his way up to being the number four receiver? We’ll have to see, but he shouldn’t have a problem getting a helmet.