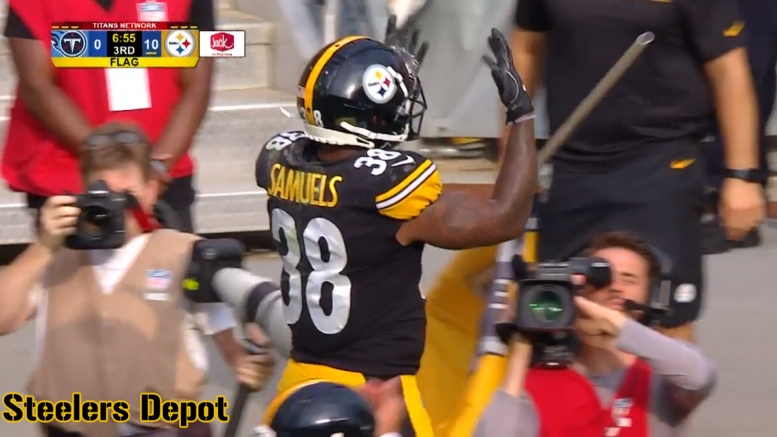 Question: Which Steelers performance most positively affected your opinion on a player in last night’s game?

For me, I would probably say that it was rookie running back Jaylen Samuels, upon initial impression. Virtually absent in the preseason opener, he showed a little wriggle in last week’s game, but last night got plenty of opportunities and made the most of the majority of them. His yards per carry was relatively efficient considering the Titans’ defense, the linemen in the game, and the fact that a decent amount of it was short-yardage.

While not my overall opinion, Stephon Tuitt’s performance definitely instilled more confidence from me in what he will do this season coming off an injury-riddle 2017. He was frequently disruptive and cemented that with a sack in the first half.

I need to comb over it in greater detail, but Matthew Thomas aided his cause overall in showing his capacity to be a sub-package linebacker and special teams contributor, which is exactly what he would be should he make the team. He had two tackles on special teams.

I wanted to see James Conner work in the passing game, and he showed that, catching six passes for 52 yards and displaying good catch-and-turn ability to get up the field, even working up the sideline on one early play.

Terrell Edmunds’ interception in the first half helped his cause, but I thought he represented himself well overall in starting for Morgan Burnett. He has logged an extensive amount of time this preseason and should definitely figure in sub-packages early.