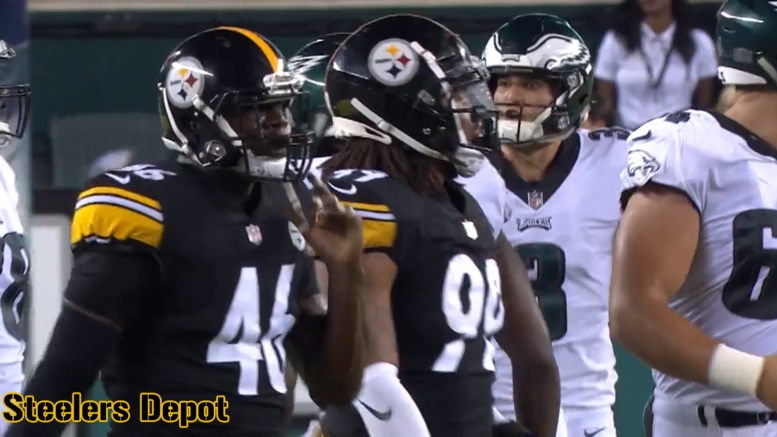 Question: How far if at all can Matthew Thomas work his way up the depth chart by the end of the season?

After the Steelers failed to secure an inside linebacker in the first round of the 2018 NFL Draft, they seemed to be pretty much resigned to not getting one this year, especially after adding the safety combination of Morgan Burnett and Terrell Edmunds, who will compensate somewhat there.

But they did seem excited at the time about being able to land Matthew Thomas out of Florida State after the draft as a college free agent, and that excitement has seemed to last throughout the offseason process, now through two preseason games.

It seems increasingly likely with each passing week that he is going to have a roster spot available to him, in no small part due to the fact that he has already been integrated into several special teams units—though surprisingly not kick coverage as of yet.

I admit that I get some recollections of Terence Garvin, who as a rookie carved out a role for himself as a special teamer, but was also able to earn some playing time on defense to compensate Vince Williams on passing downs.

The Steelers have similar limitations with their current starting inside linebackers. Is it realistic by season’s end to expect that Thomas could earn the sort of trust by the coaching staff to give him some opportunities to see work on passing downs?

The fact that they have been trying to get a long look at his ability to rush the passer would seem to strengthen the odds of their doing this, since he would be able to either rush or cover.

But he has to make the team first before we can even really talk about this. A lot of people are really excited about him, but we’ve only seen him in two preseason games, even if he is, uh…fast.