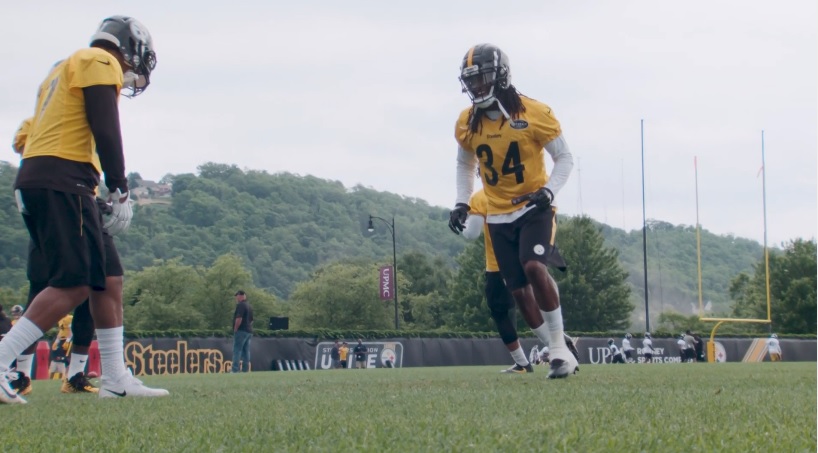 The Pittsburgh Steelers are currently conducting their second training camp practice of 2018 and according to our very own Alex Kozora, veteran safety Morgan Burnett is not participating in the Friday session at Saint Vincent College in Latrobe.

Kozora noticed that Burnett was not in the stretch line with the rest of the team ahead of practice getting underway and that was followed by the veteran safety not taking part in individual drills.

When the Steelers started their seven-shots portion of practice, rookie first-round draft pick Terrell Edmunds was running with the first-team defense in place of Burnett at strong safety.

We don’t know if Burnett is indeed dealing with any sort of injury as head coach Mike Tomlin did not mention any players being hurt after Thursday’s practice ended. We’ll have to wait and see if Tomlin is willing to discuss why Burnett was held out on Friday when he addresses the media later.

Edmunds, by the way, was apparently beat for a touchdown by tight end Vance McDonald during the early portion of seven-shots, according to Kozora. We’ll pass along more info on Burnett later today if anything additional is reported.

Burnett, who spent the last eight seasons with the Green Bay Packers, was signed by the Steelers to a three-year free agent contract in March.

Not participating in individual work. He appears to be out. https://t.co/zpSq2gVrts