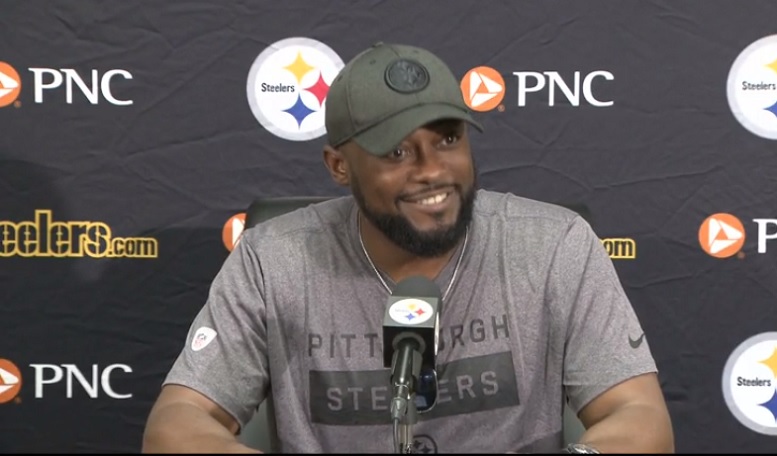 Prior to the Pittsburgh Steelers annual training camp conditioning test, guard Ramon Foster made it clear during an interview on SiriusXM NFL Radio that he wasn’t worried about failing it. As it turned out, Foster didn’t even have to participate in the running of the eight 150s.

When asked during his inaugural training camp press conference of 2018 why players such as Foster, center Maurkice Pouncey and defensive lineman Cameron Heyward didn’t have to participate in the annual conditioning run test, Tomlin let it be known that some veterans were given passes due to familiarity related to how and where they train during the offseason.

“Some of those guys have been around here, I’ve seen their work,” Tomlin said. “Those guys stayed in town. Guys that have been at it 9, 10 years and so forth, and I’ve watched work I extend those courtesies to and I did with a number of the veteran big men, Cam Heyward and some offensive linemen.”

So, is this considered Tomlin playing favorites and him not treating all of his players as equals as former outside linebacker James Harrison suggested he tends to do during a television interview last week? I suppose it could be. However, when asked Wednesday to give his thoughts on some of the criticism dished out in his direction by Harrison last week, Tomlin wasn’t willing to fully engage in the matter.

“I don’t think a lot about it, to be quite honest with you,” Tomlin said. “He has an opinion, he’s entitled to it. He doesn’t play for us right now. I’m focused on 2018. That soap opera stuff, I’ll let you guys play that game.”

Tomlin was then immediately asked if he performs a self evaluation of himself at the end of every season and the Steelers head coach seemed surprise such a question would even be asked of him.

“Seriously?” Tomlin replied. “Absolutely. That’s part of the process. If you’re not trying to get better, what are you doing? You don’t get to do this for 12 years if you’re not taking that approach. You’ve got to be kidding me. That’s routine elements of business.”

As for Pouncey and Heyward, two of the players that didn’t have to run the conditioning test on Wednesday, they were both asked to give their thoughts on Tomlin’s coaching style earlier in the day and also comment on what Harrison said last week.

“Coach Tomlin’s the best, man,” Pouncey insisted. “He got us to the Super Bowl. He runs the team the right way. He’s with the best organization. After you retire, everyone has a lot to say.”

Heyward also chimed in on Tomlin and what Harrison said recently about the head coach.

“It’s all the way you look at things,” Heyward said per pennlive.com. “I was a first-round pick and you didn’t see me starting right away. It’s all in the eye of the beholder. James is entitled to his opinion but for me personally, I had to work my way up. I’m going to continue to work.

“I think (Tomlin) treats everybody the way he wants to treat them. It’s all the way you look at it. I think some people have to be worked more, some people don’t. That’s understanding your players. It’s never a slight.”