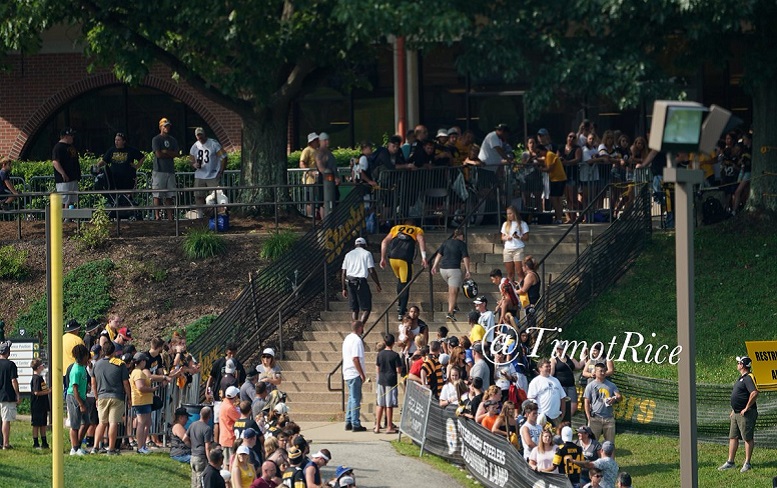 The Pittsburgh Steelers fourth training camp practice of 2018 is about halfway through and the team’s first-round draft pick from last year has left the practice fields of Saint Vincent College in Latrobe early.

Steelers second-year outside linebacker T.J. Watt, the team’s first-round selection in the 2017 NFL Draft, left the field early Sunday with trainers by his side, according to our very own Alex Kozora, who told me he thinks it might be a left hamstring issue of some sorts.

T.J. Watt walking off the field and up the stairs. Unknown injury. Trainers with him. #Steelers

Watt seemed to be holding left leg as he came off the field. Maybe a hamstring. #Steelers

Watt had seven sacks in his rookie 2017 season and will be switching sides this year with fellow Steelers outside linebacker Bud Dupree.

We’ll have to wait and see after practice if Steelers head coach Mike Tomlin addresses why Watt left the field early Sunday and if it is indeed injury related. In the meantime, Anthony Chickillo has taken over for Watt.

Not long after Watt left the field, Steelers rookie undrafted free agent outside linebacker Olasunkanmi Adeniyi was injured. He ended up leaving the field as well, according to Kozora. Same as with Watt, we’ll have to see if Tomlin addresses the Toledo product’s status after practice is over.

Ola Adeniyi hurt at end of pass play. Off to the side. #Steelers