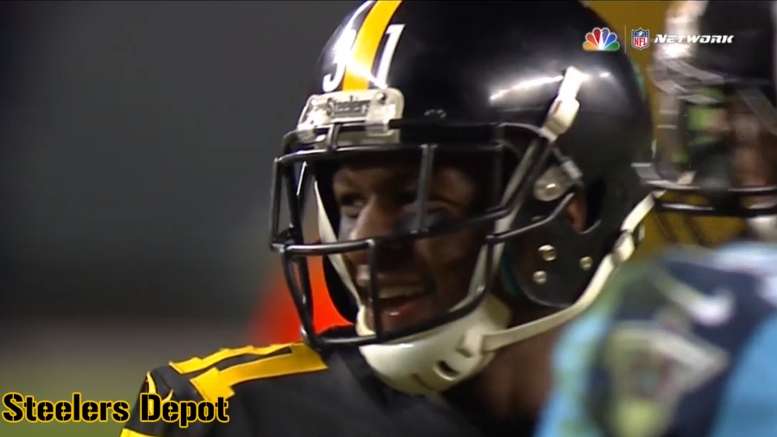 We’re close to finishing up with the team’s cornerbacks.

Joe Haden: Things will certainly have slowed down for him this time around after getting signed by the Steelers at the very end of the 2017 preseason. It’s fair to sum up his season as better than I expected but not as good as most fans believe. As a long-time vet who proved who isn’t washed up last season, there isn’t a whole lot to look out for in 2018. If the Steelers do play more man-to-man though, as has been said by players, we’ll really get a feel for how much Haden has left in the tank.

Artie Burns: An absolutely critical year for Burns, who has shown as many pitfalls as flashes. The key word with him is consistency. Consistency in his assignments. Consistency as a tackler. Consistency with his run fits. None of which have been there during the first two seasons of his career.

I do believe he’ll have a great camp because that’s what happened last year. Think back to then and he was the only corner who came remotely close to giving Antonio Brown a hard time (granted, Haden wasn’t there). That’s what made 2017 all the more disappointing because of that promising start. So the tough part with him is that even if he goes out and has a fantastic preseason, it’s not much of an indicator of how things will go when the games count.

Mike Hilton: Hilton was the camp star a year ago, becoming the team’s full-time starting nickel corner from Week 2 and never looking back. An effective blitzer, tenacious run stopper, and his coverage – if you can believe it – was underrated. There aren’t many boxes he left unchecked in his first year with the Steelers. Some more splash would be nice but that can be tough to come by in the slot. If he gets out of the summer healthy, it’s a successful preseason.

Cam Sutton: It’s going to be a lot of fun just to see where Sutton lines up. I think he’ll see time at all corner spots, maybe some dime stuff, and he’s left the door open for safety work too. Like I wrote in my depth chart projections this morning, I think he’ll start off at nickel corner because the team needs to be comfortable with their depth behind Hilton, but he’ll play everywhere.

We’ll see if he receives any return work too. He’ll probably be in the return line during practice. We’ll see if that carries over to preseason game action.

Coty Sensabaugh: One of the most forgotten about vets on the roster, it feels like he’s on the outside looking in. That someone will have to get hurt or fall on their face to give Sensabaugh a spot. But we – myself included – have overlooked these types of players before (Chris Hubbard is a great example). Still, it’s hard to see Sensabaugh being anything better than the #5 and I think the team is going to have to keep six corners for him to stick around. He has to make some big plays in camp and show why he’s worth keeping.

Brian Allen: Really excited to see what Allen brings to the table in Year Two, knowing that he was behind the eight ball with how raw he was as a rookie. The size, speed, all the physical traits are there. That’s what got him drafted. Now it’s about playing with technique. Staying in-phase downfield, not getting out of phase by turning back and looking for the ball, being able to flip his hips in time to turn and run. A more man-heavy focus could help him out a lot. Can’t forget about his special teams work either. He was a solid gunner with that blend of length and speed and that has to continue. Even in a best-case scenario, he’s still going to need two injuries to get on the field with the rest of the defense.

Trey Johnson: Johnson sure timed fast, running in the 4.3’s. Does he play to that speed on the field? Johnson is someone I think can make a lot of big plays in practice and in games with his great vertical and ability to find and high point the football. For a UDFA rookie, it’s not always going to look pretty, and that’s ok, but he has to provide enough of an impact to make coaches want to see more and refine him. Johnson could also get a look at punt returns. Minimal value to his odds but hey, everything helps.

Dashaun Phillips: I guess you can call it a trade the Steelers won, dealing center Lucas Crowley for Phillips a year ago. Crowley was cut and not signed back by Washington while Phillips spent the year on the practice squad. I assume he’ll play in the slot and with depth pretty thin there, he could stick around again. Slot corners have to be able to blitz and provide solid run support. Looking for that out of him as much as I am what he does in coverage.

Jamar Summers: Summers had a long, successful career at UConn. He’s got a high football IQ, shows fluidity in his turn, and plays with good leverage. But he’s lacking size and bulk, about 190 pounds, and he was a drag down tackler in college who showed good effort but is going to have trouble versus bigger receivers and running backs. Off zone coverage is ideal for him, a classic Cover 3 corner.

Summers did show versatility in college, playing free safety in addition to corner and I think he can be better suited there. We’ll see if he gets some snaps or if they keep him in one spot.