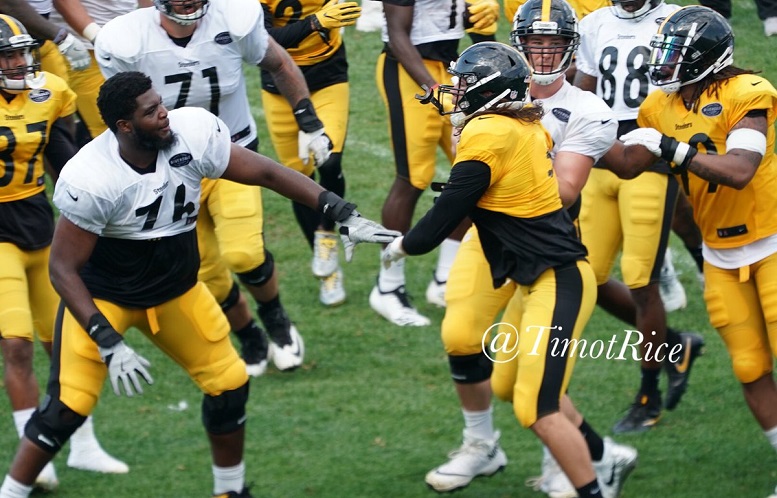 If you had tackle Chukwuma Okorafor versus outside linebacker Anthony Chickillo down as being the Pittsburgh Steelers first official skirmish of their 2018 training camp, you can now cash in your winning tickets at the betting window.

Okorafor, the Steelers second of two third-round draft picks this year out of Western Michigan, got into it with the fourth-year Chickillo about midway through the team’s Saturday training camp practice, their first padded one of 2018.

During the brief brouhaha, Chickillo apparently ripped the helmet of Okorafor off and tossed it. As you can probably imagine, it didn’t take long for the two players to be separated.

I would expect Steelers head coach Mike Tomlin, as well as both players, to downplay the little Saturday tiff after practice is over. If anything, we can officially say that training camp is now underway now that we have this first disagreement behind us.

Chickillo and Okorafor get into fight. Chick ripped the rookies helmet off and threw it. pic.twitter.com/65oesdwa8E