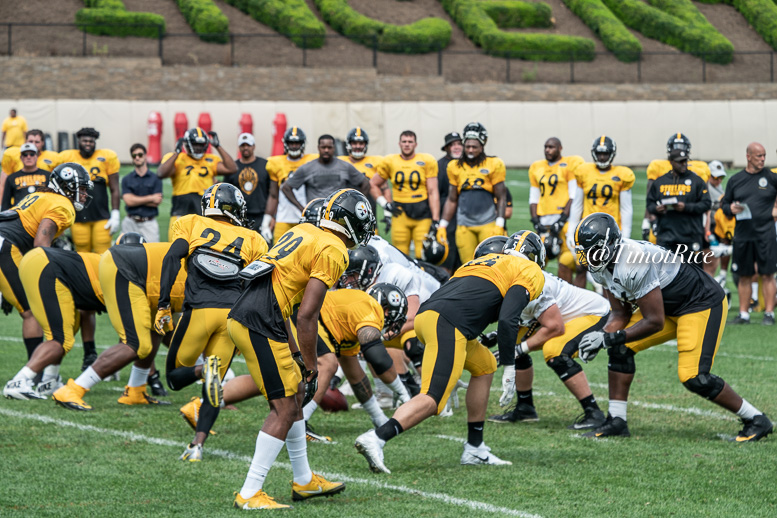 That’s something the Pittsburgh Steelers defense needs to provide this year. That challenge is all the tougher without Ryan Shazier, who made those moments look effortless. But so far, so good, if training camp is any indication.

In 2018, there are way more passes being returned the other way than we’ve seen in the past. Our play-by-play charting helps put a number on that.

Through just the first five practices, the defense has intercepted eight passes. We rattled off the list in our training camp stats article that went up earlier Tuesday but I’ll save you the click and post the list again.

Of course, numbers need perspective, some additional context. Looking back at previous years, the defense is on pace to blow the doors off everyone else.

Over 16 practices in 2017, the defense picked off just 11 passes. In 2016, with 14 practice sessions, that number fell to just six, meaning this defense has already surpassed that mark in a fraction of the snaps.

Over that span, only William Gay in 2017 recorded multiple INTs. This year, Burns and Edmunds have each snagged a pair.

The defense as a whole has been impressive to kick things off. After the offense won seven shots on the first day, the D has ripped off four straight victories, holding them out of the end zone on 18 of 28 attempts.

Sure, it’s only camp, and there’s no direction correlation between what happens in camp and the regular season. It’s not like Kelsey or Allen are going to be starters, or perhaps even on, the roster. But it’s a group that’s showing to be aggressive, athletic, and opportunistic when the moment arises. That’s as solid a foundation as any for success to carry over once the games start counting.