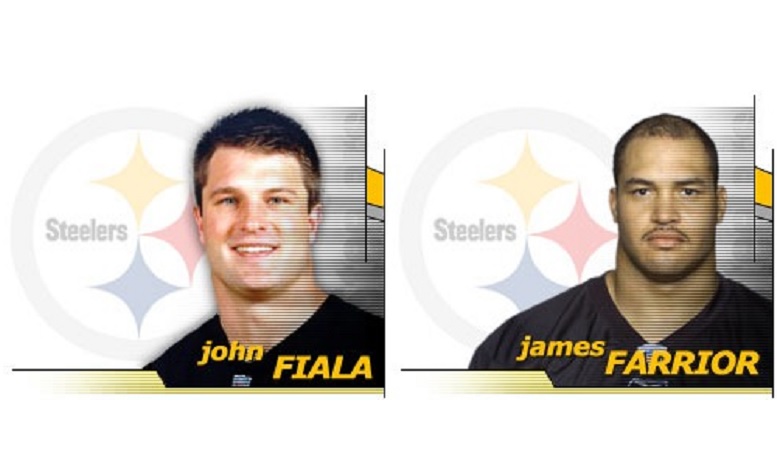 The Pittsburgh Steelers will wind down their first weekend of their 2018 training camp on Sunday with another practice at Saint Vincent College in Latrobe. That session figures to feature Tyler Matakevich still running ahead of Jon Bostic at the starting mack inside linebacker position. A lot has been made about the Matakevich versus Bostic camp battle for most of the offseason and really stemming back as far as the combine when Steelers general manager Kevin Colbert announced that Matakevich would be given every opportunity to be the team’s starter and again a few times since Bostic was signed in the middle of March. This battle, however, is one we’ve seen before as one of my Twitter followers wanted to remind Sunday morning. I believe most of you know what battle I’m referencing and exactly how it ultimately ended.

During the 2002 offseason the Steelers signed free agent linebacker James Farrior to a three-year contract with a base value of $5.4 million that included a $1.7 million signing bonus after failing to re-sign unrestricted free agent inside linebacker Earl Holmes, who had previously been a long-time starter at the mack position until moving to the buck position in 2001 when the Steelers drafted inside linebacker Kendrell Bell in the second-round. Immediately after Farrior was signed, many speculated that he would ultimately be the one to replace Holmes in the starting lineup next to Bell. However, Farrior had to earn the right to start and thus was forced to compete with John Fiala, a backup inside linebacker from previous seasons who was entering his fifth full one in Pittsburgh.

Fiala was essentially the Steelers 2002 version of Matakevich. While he was originally drafted by the Miami Dolphins in the sixth-round of the 1997 NFL Draft out of Washington, Fiala ultimately landed on the Steelers practice squad his rookie season. He made the team in 1998 and became a huge special teams contributor right away.

As for Farrior, a 1997 first-round draft pick of the New York Jets, he was allowed to ride off via free agency in 2002 after failing to make an impact as a 4-3 and 3-4 outside linebacker. Consider Bostic the Steelers 2018 version of Farrior only with a much larger injury history and a lot more former teams under his belt.

The summer of 2002 included several local media reports stating initially that Fiala was running ahead of Farrior. As things progressed into late July and early August, however, even Ed Bouchette of the Pittsburgh Post-Gazette had written that Fiala and Farrior “received virtually the same amount of time” at the buck position during the summer.

Ultimately, then-Steelers head coach Bill Cowher awarded the starting buck inside linebacker job to Farrior and he started Week 1 against the New England Patriots alongside Bell. As for Fiala, he remained a core special teams player during the 2002 season and only started one game on defense that year and it was in Week 12 against the Cincinnati Bengals, a game Farrior missed because of a knee injury. In fact, then-rookie inside linebacker Larry Foote even started in place of an inured Bell over Fiala beginning in Week 2 of the 2002 season.

Farrior would go on to become one of, if not the best, free agent signings of Colbert’s still ongoing career. As for Fiala, the Steelers wound up releasing him in June of 2003.

How will the 2018 version of the Fiala versus Farrior battle ultimately end? We’ll have to wait and see but my money is still on Bostic overtaking Matakevich. With that said, dont be surprised if Matakevich is the starter alongside Williams in the Steelers preseason opener against the Philadelphia Eagles. Much like what happened in 2002, Bostic will need to beat out Matakevich for the starting job.