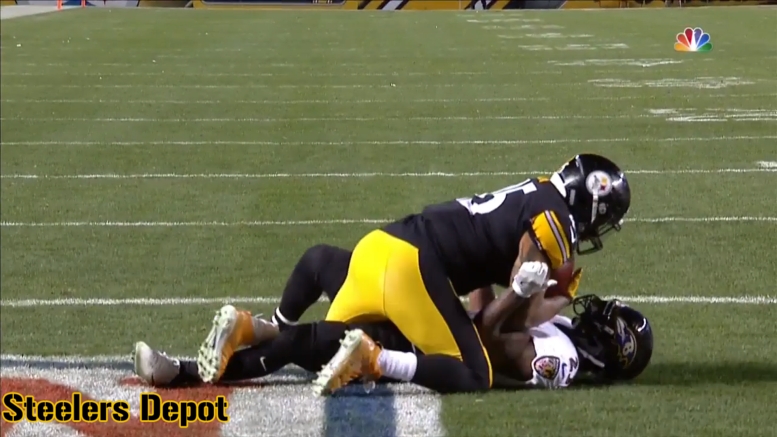 Roosevelt Nix is one of the NFL’s best stories. He’s entirely self-made. A light recruit out of high school, winding up at Kent State, an afterthought of Division One football. He excelled there along the defensive line but that lack of pedigree and more importantly, lack of size, turned him into a UDFA for the NFL.

Atlanta chewed him up and spit him out, infamously highlighted as the first play released the year the Falcons appeared on Hard Knocks. Pittsburgh turned him into a linebacker, then back into a fullback, and he busted his butt to make the team out of camp, become the starter, and last year, a Pro Bowler.

Talk about climbing the mountain.

Nix now uses that doubt to fuel him going forward. Answering a Q&A on the Steelers site, Nix talked about that motivation.

“Just that,” he told the site. People say I shouldn’t be playing this long. Anything negative motivates me.”

And now, Nix is the Steelers’ starting fullback and remains a core special teamer and one of the best in the business. He considers his Pro Bowl selection to be one of his greatest accomplishments on the football field.

Being able to go to the Pro Bowl, being an alternate for that,” he said of his proudest moment. “This year I want to make it outright. It’s a blessing to just be able to go.”

Now, he’s giving back to the community and hopefully inspiring others to follow in his footsteps and overcome long odds. His youth football camp kicks off tomorrow. Best of all, it’s free, and on Instagram, Nix posted a video of boxes of T-Shirts he’ll give out during it.

We’ll see if new offensive coordinator Randy Fichtner uses him more in the offense this year. Even if he doesn’t, Nix will be a valuable asset as a lead blocker, paving the way for Le’Veon Bell.