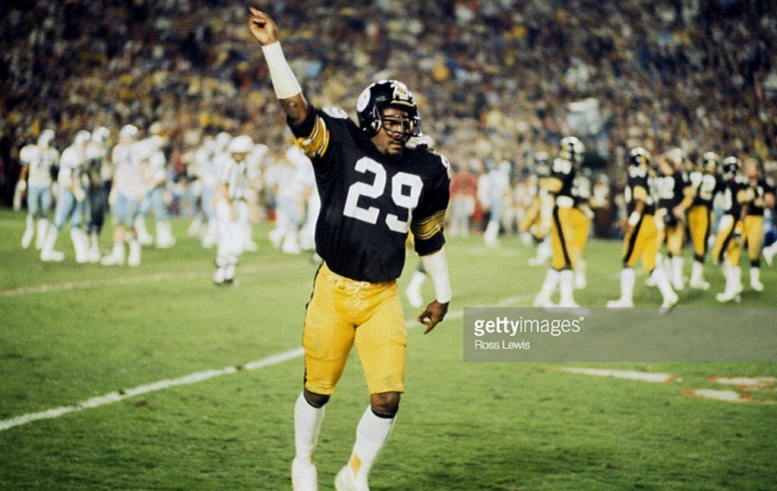 Former Pittsburgh Steelers defensive back Ron Johnson, a member of two Super Bowl winning teams and a former first-round draft pick, reportedly passed away on Tuesday at the age of 62, according to several acquaintances of his on Facebook.

Johnson, who was originally drafted by the Steelers as a cornerback in the first-round of the 1978 NFL Draft out of Eastern Michigan, played seven season in the NFL and all with Pittsburgh. He registered 13 interceptions during his career with four coming during his rookie season. He also had an interception in the Steelers 1978 AFC Championship game win over the Houston Oilers.

Johnson was also credited with 3 tackles in the Steelers Super Bowl XIII win over the Dallas Cowboys. At the time, he was the first rookie cornerback ever to start for the winning team of the Super Bowl and was named to the PFWA All-Rookie Team for his play. He would win a second Super Bowl with the Steelers the following season and was credited with one tackle and three passes defensed in that win over the Los Angeles Rams.

During the Steelers 1981 season, Johnson switched from cornerback to strong safety due to an injury suffered by starter Donnie Shell. He then played free safety quite frequently in subsequent seasons and even returned an interception for a touchdown from that position during a 1983 game against the Cincinnati Bengals.

“I don’t care where they put me, just so I get a chance to play,” Johnson said in October of 1981,” according to the Associated Press.

During his college career at Eastern Michigan, Johnson reportedly registered 160 solo tackles and 172 assisted tackles. After the Steelers selected Johnson 22nd overall in the 1978 NFL Draft, head coach Chuck Noll let it be known at the time that he had scouted the defensive back at the Senior Bowl in addition to watching hours of his college tape.

“He runs a 4 or 4.5 (in the 40-yard dash), hes a tough hitter and tackler and just an outstanding individual,” Noll said at the time, according to the UPI.

Last December, the Steelers featured Johnson in their “Legend Series.” Below is the interview they did with Johnson that includes him looking back on his time in Pittsburgh, in addition to him talking about Steel Curtain, Noll and more.