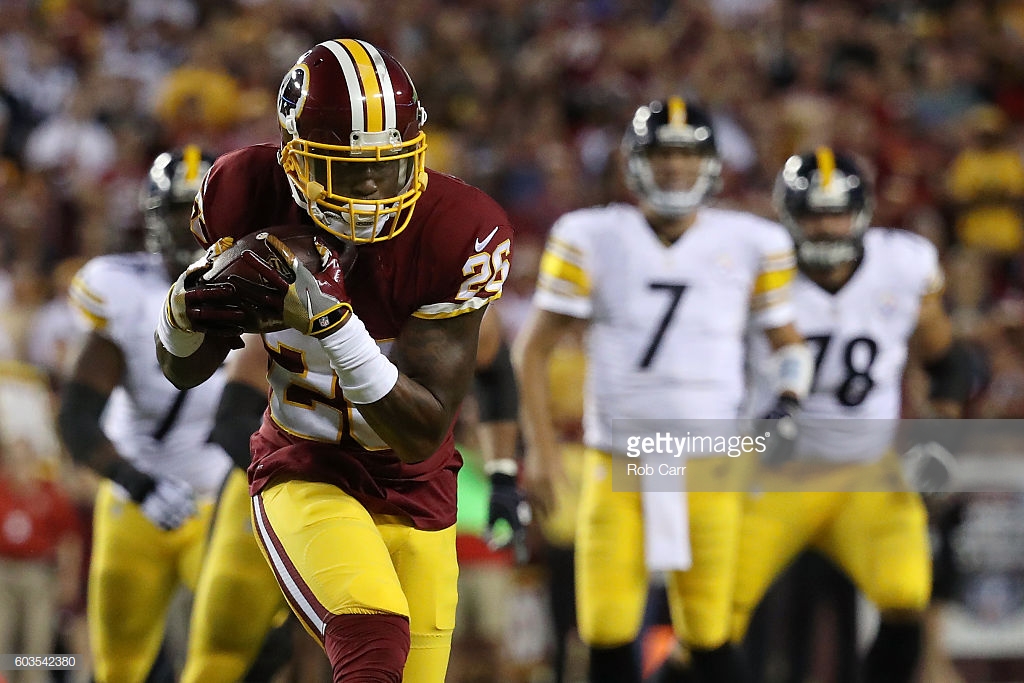 The Baltimore Ravens on paper seem to be pretty deep at the cornerback position, but apparently they are hungry to continue exploring their options. As Josina Anderson reported, the 2017 AFC North runners-up have been pursuing free agent cornerback Bashaud Breeland.

I’m actually hearing now the #Ravens are “getting more aggressive” w/ their interest in FA CB Bashaud Breeland & “prefer to see him tonight” after his visit w/ the #Browns. I’m also told #Jets have expressed interest all week, no visit currently scheduled w/ them now, per source. https://t.co/wrygYOYPJt

The fifth-year cornerback originally agreed to a three-year contract in March with the Carolina Panthers for $24 million, but the deal was voided after the team failed him on his physical, negating $11 million in guarantees. He cut his foot while on vacation and it became infected.

While he has remained a free agent since then, interest has rapidly picked up in recent days. He has visited the Cleveland Browns and the Kansas City Chiefs, the latter allegedly offering him a one-year contract worth roughly the average per year of what the Panthers offered him.

In addition to the Ravens, the New York Jets are reported to be a team interested in exploring signing the 26-year-old cornerback. Through four seasons, he has recorded eight interceptions and about 60 passes defensed. He also has one sack and has forced seven fumbles.

It’s hard to imagine where he would fit in with Baltimore. While Jimmy Smith is recovering from yet another injury, he did not start training camp on the Physically Unable to Perform List and seems well on pace to start the season as their top cornerback.

Also returning is Brandon Carr, who started every game for the team last season after he was brought in as a veteran free agent. He is holding off second-year former first-round draft pick Marlon Humphrey for the starting job, who flashed his potential as a rookie in 2017.

The team also expects to get back Tavon Young, who missed his second season a year ago with a torn ACL. He proved to be an effective slot defender and even held onto a starting job by the end of the 2016 season.

That’s already four cornerbacks, and there are others on the roster that they like as depth, such as Maurice Canady, who received playing time last season. Unless they have it in mind to release Carr, or are more worried about Smith than seems to be suggested, I’m having difficulty envisioning out this is a great usage of resources for the team.

Anderson reported that the team was even “getting more aggressive” with its pitch to Breeland, who wanted the cornerback to come in for his visit the same day as he met with the Browns rather than waiting until the next day.

Just for the sake of the hypothetical, if the Ravens were to release Carr, they would save $5 million on their 2018 salary cap. He signed a four-year, $24 million deal with the team last offseason. The 32-year-old has never had a major injury, but he did struggle at times last season, particularly against the Pittsburgh Steelers.