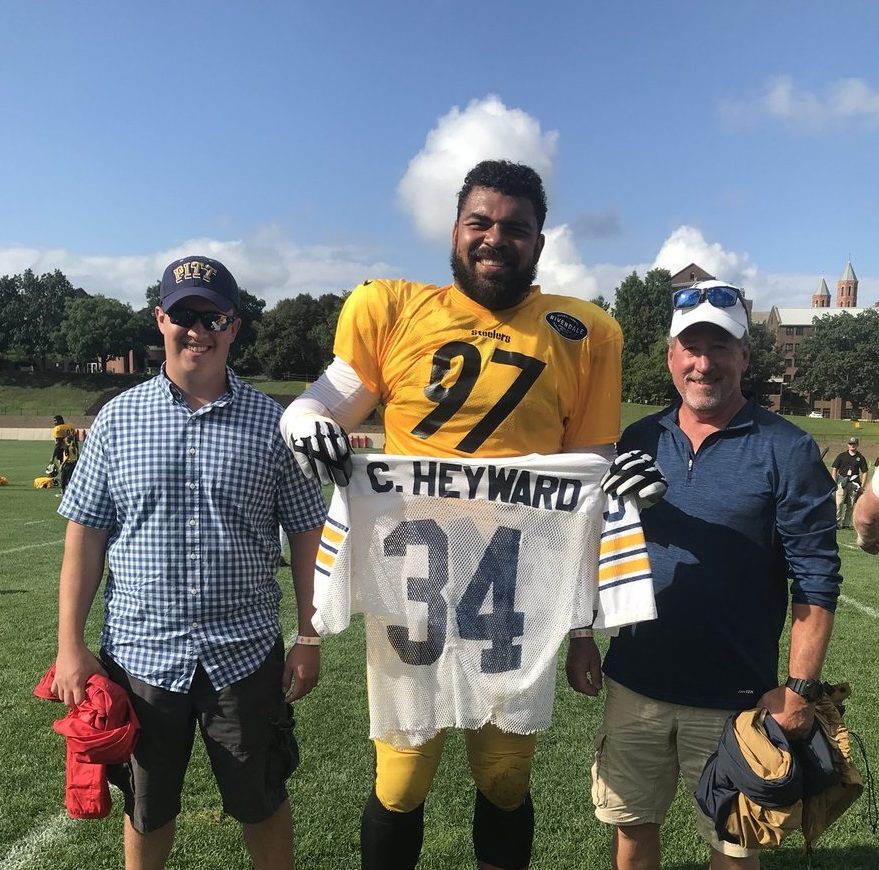 Training camp is a grind. It’s tough, it’s physical, for half the roster, ending in disappointment with their release. But if there’s one story that’s gotta make you smile, it’s this one. Steelers.com’s reporter Teresa Varley tweeted a photo of Cam Heyward being given a used jersey worn by his dad, Craig Heyward, while playing running back at Pitt. Take a look.

Cool moment after practice today when @CamHeyward was given a Pitt game jersey worn by his dad, Craig ‘Ironhead’ Heyward. pic.twitter.com/On58yeBhal

His father, Ironhead, played for the Panthers from 1984 to 1987. He had one of the best seasons in Pitt rushing history his final year, running for nearly 1800 yards and 12 TDs, the former leading college football that season. Craig Heyward passed away in 2006 after battling brain cancer.

The only part of the story I’m missing, and if I glanced over it, please let me know in the comments, is who the two men next to him are and how they got/gave Heyward the jersey.

His son has certainly made his mark on the NFL, becoming one of the game’s top defensive linemen. Last season, he set a career high with 12 sacks and finally earning league-wide recognition of the elite player that he is. Few embody his toughness, leadership, and effort shown on a game-by-game basis.

If Stephon Tuitt can even come close to matching that breakout year, Pittsburgh will have the AFC’s most dominant defensive line and the four-man rush Mike Tomlin and Keith Butler have been banking on for quite some time.