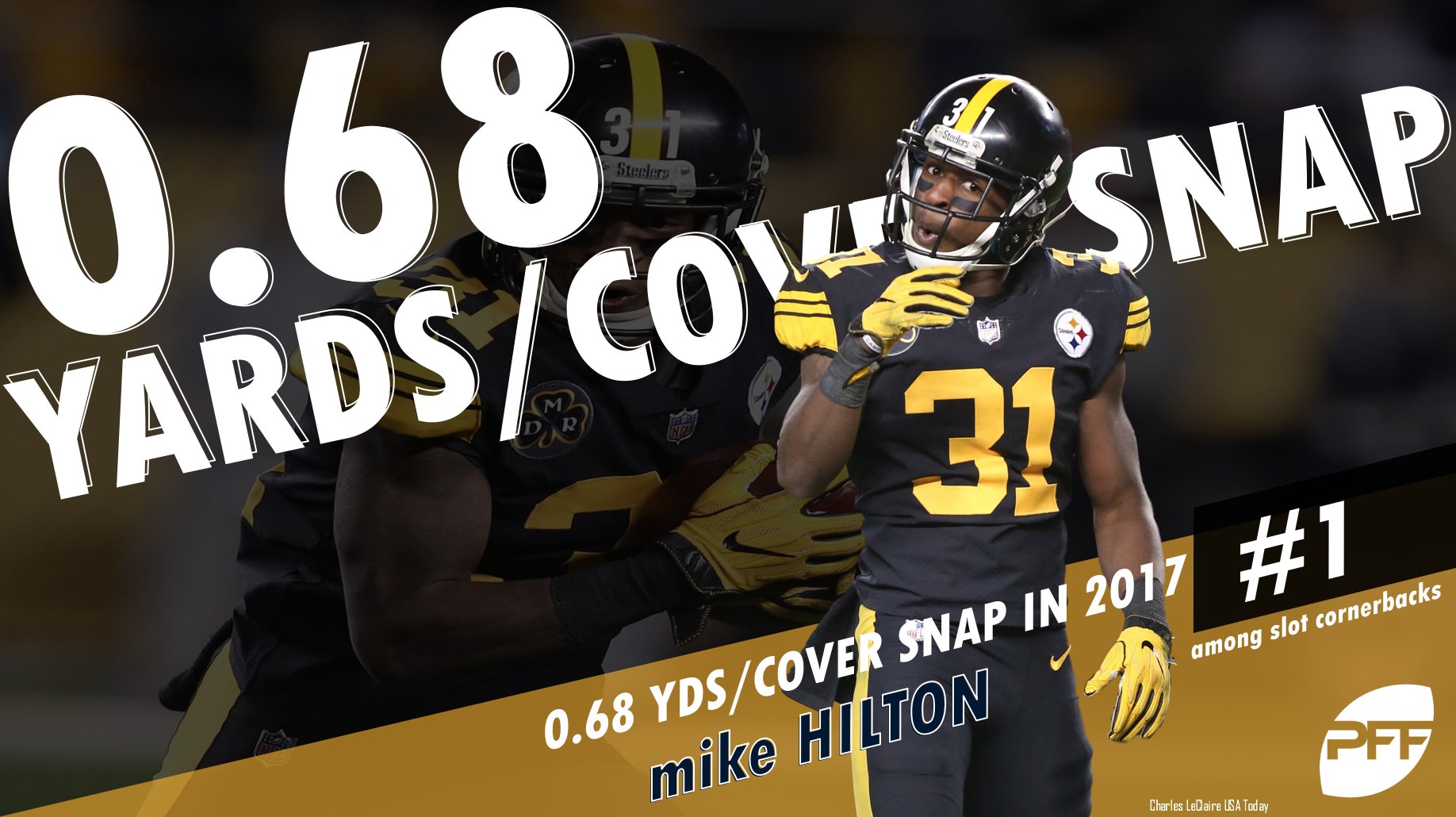 We know that Mike Hilton made an impact last season as a first-year player in multiple ways. The former college free agent cornerback opened the season as the team’s starting slot cornerback and was successful against the run as well as in the pass-rushing component. But he also did a pretty good job of covering.

While any metric will be flawed, and limited by lack of precise knowledge of whose responsibility was whose, Pro Football Focus posted an interesting statistic recently. Based on their charting, Hilton allowed the fewest yards per snap in coverage last season among all slot cornerbacks last season.

Or to phrase it more accurately, he allowed the fewest yards per snap in the slot while in coverage. A lot of cornerbacks play both on the outside and inside. This statistic is referring only to snaps played inside. He allowed just .68 yards per coverage snap from an inside position.

He was one of 13 qualified cornerbacks(playing at least 50 percent of his team’s slot snaps) to have allowed a yard per coverage snap in the slot or fewer, with the closest to him being Kendall Fuller, now of the Kansas City Chiefs. Fuller allowed .74 yards per coverage snap in the slot last season. Both Dominique Rodgers-Cromartie and Aaron Colvin posted .76, while Nickell Roby-Coleman was at .80 to round out the top five.

Hilton also ranked well in other advanced metrics, including cover snaps per target. Opposing quarterbacks only targeted the first-year player once ever 7.7 snaps in coverage from the slot, which was the sixth-best ratio.

He did allow a higher percentage of receptions, however. He only ranked ninth in receptions allowed per coverage snap from the slot, allowing a catch once every 10.8 snaps. The best figure in that category was posted by Denver Broncos Pro Bowler Chris Harris, who only allowed one reception per 16.3 snaps in coverage from the slot.

Pro Football Focus has Hilton allowing 27 receptions during the regular season on just 38 targets. As a ratio, that is a high percentage, allowing a pass to be caught in his area of coverage over 70 percent of the time.

Hilton’s quarterback rating allowed from the slot of 61.1 was the second-best among qualified cornerbacks behind Kendall Fuller. He recorded two interceptions and did not allow a touchdown will defending the slot.

And just because I know it’s going to come up, yes, any charting data is going to be flawed, as I already said above. There is an unavoidable subjectivity to it. These are not official statistics. But it’s worth a discussion about his coverage all the same.