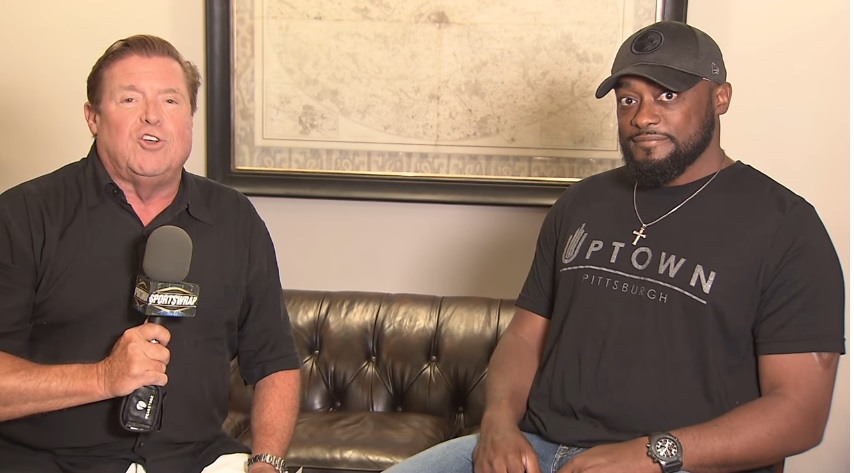 The clock is about to strike midnight on the contract talks between Le’Veon Bell and the Pittsburgh Steelers. Earlier today, Ian Rapoport tweeted there’s been progress in the negotiations but that reaching a new deal would go down to the wire.

Mike Tomlin weighed in on the situation, speaking to Bruce Rader for WAVY TV 10, a local Virginia station and hometown for Tomlin where he conducts a yearly youth camp. Rader asked Tomlin if he felt like a deal was going to be achieved.

“Obviously we want to get the deal done,” Tomlin said. “He wants to get the deal done. Everybody has said that. Now it’s just about the negotiations, getting in the room, and doing what it is they need to do. I’m excited and hopeful. Hopefully we have some exciting news Monday.”

Clearly, no groundbreaking information there. But there really isn’t going to be because neither side knows what will take place by 4 PM Monday. Both sides have maintained, as Tomlin furthers here, the desire to get a long-term contract, and they’re acting in good faith to try to do that.

Pittsburgh has made a competitive offer and Bell turned it down; which is fine, that’s his prerogative. But each side will probably need to give a little more if they’re going to walk away with an agreement.

If a deal doesn’t get done, and that’s where the odds lean right now, Bell will miss the entire preseason, as he did last year. Asked about that, Tomlin implied he’d like Bell to be there but acknowledged he’s one guy who can get away with missing all those reps compared to the rest of the league.

“He’s a type of a guy who is highly conditioned over a 12 month calendar. The getting acclimated things that other guys need are less important to him.”

Essentially, it’s the same story as we heard last year. Hopefully this go around produces a different outcome.

You can catch the full interview below, courtesy of WAVY.