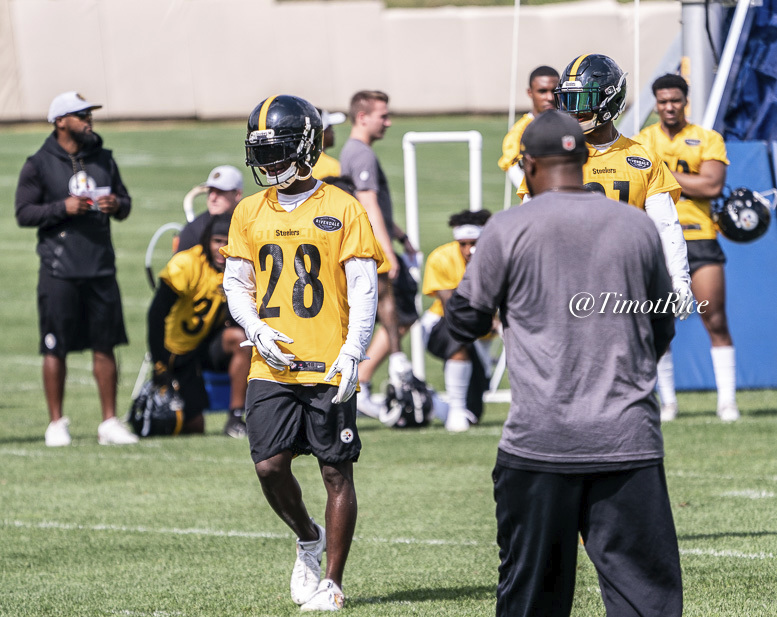 The Pittsburgh Steelers seemingly more than ever are stressing versatility in the secondary. Over the course of the past day, that has included a couple of cornerbacks getting a quick rep or two at the safety position. Alex Kozora noted that Cameron Sutton got a look at single-high at the end of yesterday’s practice.

Mike Hilton also got some safety work, and he was asked about that after practice. “It’s in the open field sometimes”, he said when asked if it has only been in goal line work. “I’ve usually been running with the three safeties, so, it’s just an ‘in case’ type of factor”.

Another reporter asked him about the team’s seemingly increased emphasis on getting their defensive backs to flex out to more positions. “I don’t even want to say it’s a rule, it’s more just the more you can do, the better you can help the defense, and I feel like with the guys we’ve got on the back end, if you can switch positions then everybody can hold their own”.

Hilton emerged as the team’s starting slot defender last season after originally joining the Steelers as an rookie undrafted free agent during the 2016 season in December, signing to the practice squad. He made the roster the following year and was the starting nickelback on opening day, retaining that job.

That doesn’t mean, however, that he is not going to try to expand his resume, and if he can play in the safety spots as well then that helps keep him on the field no matter who else they bring on. While he played well last season, he could receive competition from Sutton and rookie safety Terrell Edmunds for snaps as the fifth defensive back on the field.

Hilton is one of three starters in the secondary who are entering either their first or second season with the team. Left outside cornerback Joe Haden was only signed just before the 2017 regular season began, and strong safety Morgan Burnett was signed in free agency.

The other two starters, right cornerback Artie Burns and free safety Sean Davis, are only entering their third season in the league. Like Hilton, they came out of the 2016 class. Both Burnett and Haden, however, are veterans entering their ninth season as members of the 2010 NFL Draft class with the Green Bay Packers and Cleveland Browns, respectively.

And all of the mare being instructed by Tom Bradley, a long-time coach with an emphasis on defensive backs, but one who has never worked at the NFL level before. Head Coach Mike Tomlin said that he considered that fresh perspective an asset after hiring the former Penn State coach.

Hilton is looking to remain a prominent part of the Steelers’ defense this year. In 2017, he recorded 64 tackles, two interceptions, and four sacks.