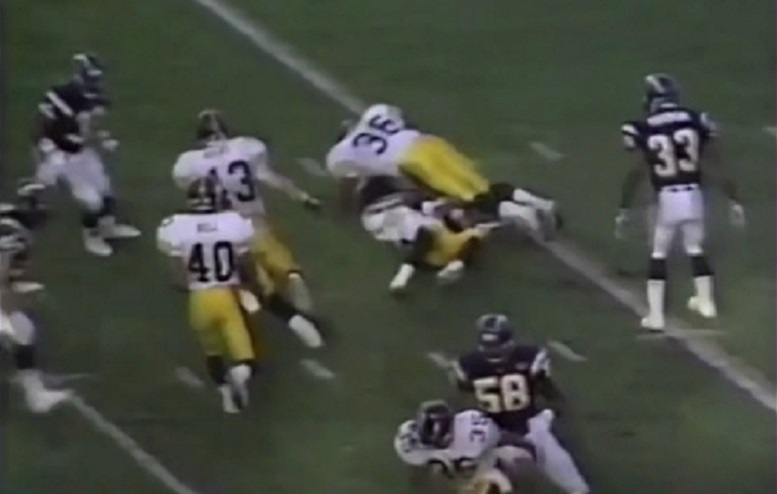 I’ll now continue this series with a look back at the last Steelers player who wore No. 36 before running back Jerome Bettis wore it and made it famous.

In 1993 the Steelers signed defensive back Fred Foggie to their five-man practice squad prior to the start of the regular season and the Minnesota product reportedly spent the entire season there. Foggie, who played on offense and defense during his college career, entered the NFL originally in 1991 with the Denver Broncos as an undrafted free agent. He failed to make their roster as a cornerback that year and in 1992 was selected in the 11th round of the WLAF Draft by the Birmingham Fire.

After a successful season in the WLAF, Foggie was given the opportunity in 1992 to show his wares to the Atlanta Falcons, who ultimately decided to sign him. At the time, there were reports that might win a starting cornerback job with the Falcons and at worst, be a backup. None of that transpired, however, as Foggie was released by the Falcons prior to the start of the 1992 season and he ultimately landed on their practice squad for a few weeks.

Following his release from the Falcons practice squad, Foggie landed on the practice squad of the Cleveland Browns in November of 1992 and ended the season on their active roster. He dressed for their final two regular season games of 1992 and even registered a tackle on special teams in the Browns season finale against the Steelers. The Browns released Foggie in 1993 and ahead of the regular season starting.

The Steelers exposed Foggie to the 1995 NFL expansion draft and the Carolina Panthers ultimately selected him 30th overall. Foggie, however, failed to make the Panthers 53-man roster that summer and thus was waived after the 1995 preseason concluded.