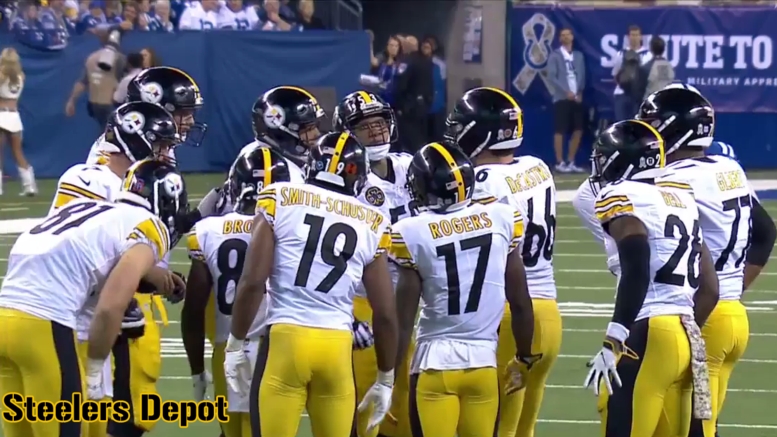 The Pittsburgh Steelers have the greatest wide receiver in the league. I don’t think there are a lot of people who will continue to dispute that. Antonio Brown’s output is historic, and he hasn’t shown any signs of slowing down. Just look what he did against the best secondary in the league in his last game, still with a lingering injury.

Having the best receiver in the game doesn’t automatically give you the best receiving corps, however, and the Steelers lost one of their top three receivers from last season after they traded Martavis Bryant to the Oakland Raiders for a third-round pick. They have a lot of prospects, but they’re still mostly potential at this point.

There is a lot of hope riding on the futures of JuJu Smith-Schuster, who admittedly had a great rookie season, and James Washington, their second-round picks over the past two years. They’re going to be the guys, theoretically, who are here for the next decade. Or at least one of them will be.

But what about now? What about the 2018 season? Where does this group stand? What do Eli Rogers, Justin Hunter, Darrius Heyward-Bey, Marcus Tucker, and the rest of the group give the Steelers in comparison to the rest of the NFL?

Rogers, still recovering from a torn ACL and having just been re-signed, has no doubt in himself and his teammates. Watching from the sidelines while on the Physically Unable to Perform List, he told Jeremy Fowler yesterday, “I think we’re going to be the best in the league”.

While his role was diminished last season, Rogers played a big role in 2016 as the team’s slot receiver, catching 48 passes for 594 yards and three touchdowns. He had a key touchdown against the New England Patriots last year and caught five passes in the Divisional Round as he began to take on a bigger role later in the season.

What is the key behind his confidence in the group? While “we have a great guy in Antonio Brown”, he said, the important thing about their room is that “everybody can play every position”. And really, he’s not wrong.

Everybody mentioned in this article has worked or is getting work both on the outside and in the slot. The Steelers this season should be able to plug in any receiver at any spot and produce results. That extensive amount of flexibility is the ultimate goal.

The biggest question might be Washington, whose most comfortable position is on the outside. And the fact that they have so many players that they want to work inside to give them a look might actually make it difficult for him to develop his skills from the slot simply due to lack of reps.

But wide receivers coach Darryl Drake has talked about teaching him every position, likening him to a student. He’s in elementary school now, taking gradual steps, but Drake wants to see him advance his education during this season to the point at which he can comfortably be a part of that maneuverability.