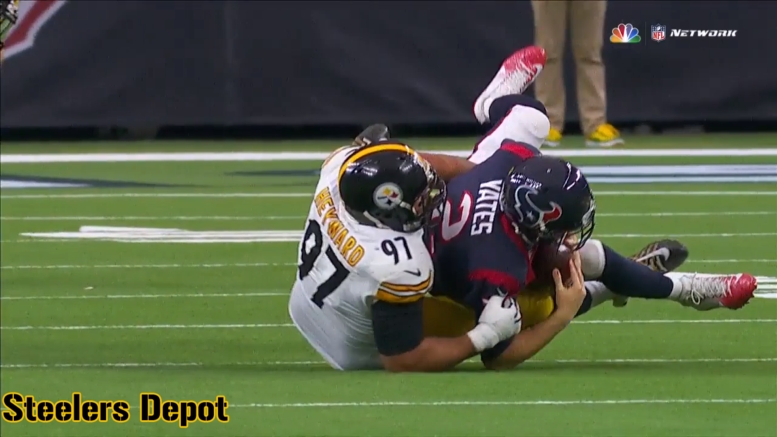 Cam Heyward did not like his Madden rating. Like, really didn’t like it. And he shouldn’t have, listed only an 88 overall despite having a career year with 12 sacks last season, cementing himself as one of the game’s most dominant defensive linemen.

So he took to Twitter to vent about it. And I wasn’t going to write about it until last night when EA Sports agreed and actually bumped up his ratings.

Heyward took to Madden to plead his case.

According to one Twitter user, Heyward’s strength went up three points while his PRC (play recognition) and awareness increased by one. Madden didn’t comment if his overall went up but if it did, probably only by a point. Still undervalued but better than before.

As a 3-4 DE, he’s always had trouble carving a path, whether that’s reality or video games. J.J. Watt is the most well-known 3-4 defensive end in the game and too often, Heyward gets lumped in with 4-3 pass rushing ends, who have fewer responsibilities and are more likely to rack up sacks as smaller, quicker players.

He did finally receive recognition last year, going to his first Pro Bowl and making his debut on the All-Pro list. With some good convincing, he got Madden to alter their tune too.

After his football career is over, I think Heyward should go into law. He certainly knows how to make a case.