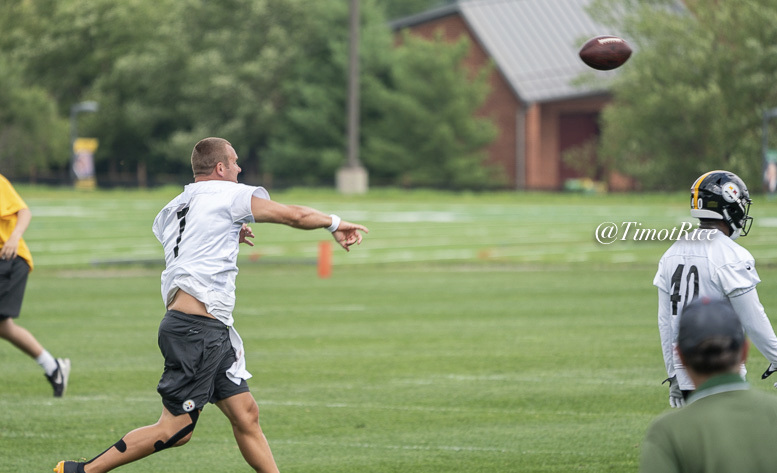 The Pittsburgh Steelers won their first two games of the season a year ago, and three of their first four. That’s not necessarily a slow start if you look at it on paper. The general rule is that you want to win every quarter of the season. If you go at least 3-1 through every four games, you finish with at least a 12-4 record and are probably in line for a high seed.

The Steelers managed that last year, but it was still laborious. And quarterback Ben Roethlisberger is not having it. He knows they need to play better this season than they did at the start of the last campaign, and that goes especially for the offensive side of the ball.

“We need to be better starting this year.”

Big Ben hopes the @steelers can get off to a fast start in his 15th season. (via @nflnetwork) pic.twitter.com/NWFqpN1QWP

“I think any season’s kind of [about] how you’re going to start, how you’re going to come out of the gates”, the veteran quarterback said during an interview on the NFL Network. “Last year we came out of the gates really slow. We found ways to win games, but it was a slow start for us. We need to be better starting this year, starting fast, playing fast, because I think that translates, and transitions later in the year of playing good football”.

I think it’s worth flashing back to that first quarter of the season and reminding ourselves of just what happened. The Steelers narrowly escaped Cleveland with a win against the Browns in the opener, posting a 21-18 score. The first touchdown came thanks to a blocked punt, so the offense only contributed 14 points.

A week later, they did beat the Minnesota Vikings handily, 26-9, but even that felt like a grind, principally because of their inability to capitalize on scoring opportunities. They had two quick touchdowns in the first 17 minutes of the game but had to settle for four field goals the rest of the way.

Then there was the loss in Chicago that went into overtime in which Roethlisberger and crew only mustered 17 points. There were two huge special teams gaffes, including a botched punt return and a blocked field goal attempt, but the Steelers entered the second half trailing 17-7. They did have a more complete game against the Baltimore Ravens a week later, but they were buried against the Jacksonville Jaguars at home in Week Five.

The Jaguars of course were also the team that ended their season, but Roethlisberger says that he has learned to let those losses go as he has gotten older. “The longer you play in this league, the more you kind of put it behind you”, he said. “You don’t dwell on it, you don’t think about it, and you move on and focus on the new season. It’s one game at a time”.