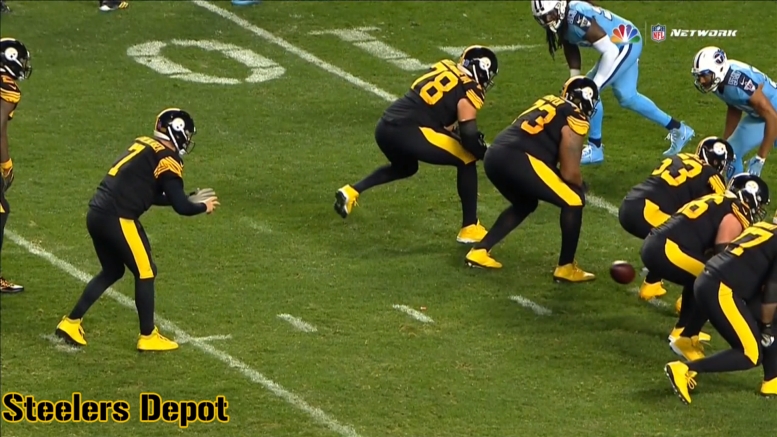 Graham Barfield over at Fantasy Guru put together a good log of important 2017 data, free for all of us to check out. One statistic that stuck out to me was offensive pressure allowed. According to Barfield’s data, the Pittsburgh Steelers finished 3rd in the percentage of pressure given up at only a 28% clip. Here were the top five leaders.

It’s a testament to several factors. Ben Roethlisberger has evolved his game, getting the ball out quicker as his age has climbed and mobility weakened. A focus on a strong offensive line that affords Roethlisberger that kind of time. And a bevy of weapons at his disposal, including checking it down to the likes of Le’Veon Bell whenever he feels the heat.

Correlating similarly, the Steelers were tied for the third fewest sacks allowed in 2017, giving up 24. Only the LA Chargers and New Orleans Saints – who, as you can see, finished first in pressures allowed too – performed better.

All of this has helped extend Roethlisberger’s career and make the idea of him playing another five years, even though unlikely, plausible. That wasn’t the case several years ago.

Big Ben has been able to shake the idea of being injury prone too. Since 2013, he’s only missed eight starts, two of which were non-injuries in the season finale. It’s not as if he’s throwing the football less either; the 561 attempts he had last year were the second-most of his career.

Back to the pressure stat. Some of the worst teams predictably had terrible offensive lines even if there was good QB play. Seattle came in 31st at allowing pressure over 41% of the time, Russell Wilson constantly running for his life behind that makeshift front five. Only Houston was worse at 46%, absurdly close to every other snap. Indianapolis also finished near the bottom.

If you want to check out all the data collected, the link is in Barfield’s tweet below.

I think most NFL data should be free. So, I made a compiled sheet of 2017 team data from open sources (per drive statistics, volume stats, OL/defensive data, and more). You can view play call tendencies over the last two seasons on the second tab.