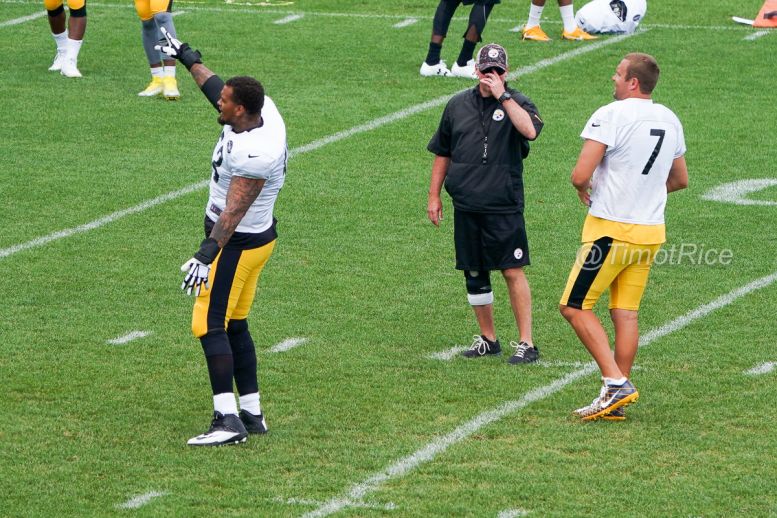 Early in his NFL career, Ben Roethlisberger was the type of dude who probably didn’t need to workout one bit. Just show up, sling a couple of touchdowns, and have a cold beer afterwards. Youth was on his side.

Roethlisberger is now 36. That means time is working against him. Over the last couple years, that’s meant an increased focus on taking care of his body.

Speaking with ESPN’s Jeremy Fowler, Roethlisberger described his offseason schedule as walking a fine line between training and rest, something his body naturally needs at this stage of his career.

“You’ve got to listen to your body,” he told Fowler. “any aches and pains you might have, your arm being sore if you’re throwing too much, just things like that.”

That approach, in part, has prolonged his career and made playing for another three to five seasons – his goal – a real possibility. A strong offensive line, an evolved passing style (playing from within the pocket much more, getting the ball out quicker) have also been key elements in staying healthy.

“My trainer will get me as prepared as I can be. But it is a fine line of what you can do at this age.”

When camp begins, Roethlisberger – as he’s done in the past – is likely to get at least a couple days off. Still, on some of those fays, you can see Roethlisberger during laps up and down the sideline or jogging with other players across the field.

Even during the season, his practice reps are managed more closely than they have been in the past. Last year, he didn’t practice on most Wednesday sessions, though that drew some criticism.

But the less stress on his arm and body during the week means a better Ben during the games. And that’s what matters above all else.