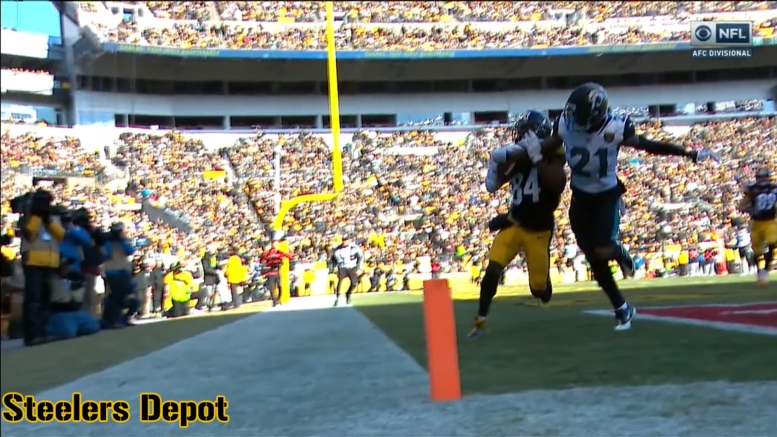 Antonio Brown is good. He is so good.

Brown is so good that he has already reached a point in his career in which we are discussing him in terms of his historic legacy and where he will rank among the wide receivers of all time. Many even go right for the Michael Jordan versus LeBron James argument, asking if he can match the great one, Jerry Rice, by the end of his career.

According to Gil Brandt, he is not there yet, but he does check in awfully high. The long-time football analyst recently updated his list of the greatest wide receivers of all time, and while the Pittsburgh Steelers have a pretty heavy presence overall on the 35-man list, Brown’s name stands out.

Brandt placed the perennial All-Pro at the number five spot. Not just right now, but all-time. The only names ahead of him, in ascending order: Lance Alworth; Randy Moss; Don Hutson; Jerry Rice. That’s good company. If you don’t know a name or two, look them up. What Hutson did in the 40s, and Alworth in the 60s, is remarkable for the era.

Yet even in the era of passing proliferation, Brown still manages to stand out on his own. He is coming off the single-most productive five-season stretch any wide receiver has ever seen, numbers that we have cited a number of times over the course of the past six months, and so hopefully don’t need to be regurgitated yet again. But his five consecutive seasons of 100 or more receptions is a feat unmatched.

As I mentioned of course, Brown wasn’t on the list all by himself among Steelers representatives. Pittsburgh does have two wide receivers in the Hall of Fame, after all, and both of them are on his list. So is that other guy most Steelers fans believe deserves to be in the Hall of Fame. In fact, he grouped all three of them in a bunch, toward the lower tier of the list.

Hines Ward, John Stallworth, and Lynn Swann were rated 29th through 31st, respectively. That might sound low, but if you consider the fact that he is talking about all of the wide receivers who have ever played in the NFL, it’s really not.

I wouldn’t put Ward ahead of Stallworth though, nor Swann. I’ll let the reader to decide if Odell Beckham, Jr. deserves to be ahead of all three of them. Beckham is one of just three active players on Brandt’s list, the other being, rightly, Larry Fitzgerald, whom he put int the number seven spot. Personally, I think it’s too early to put Beckham on the list, and Julio Jones might be better anyway.

For a team whose cultural identity is rooted in defense, they sure have produced some of the finest finesse skill players the league has ever seen in Brown and Swann, though somebody like Ward is exactly the player you would imagine when given the phrase ‘Steelers wide receiver’.

Is Brown a top-five all-time receiver right now? Should he be even higher?