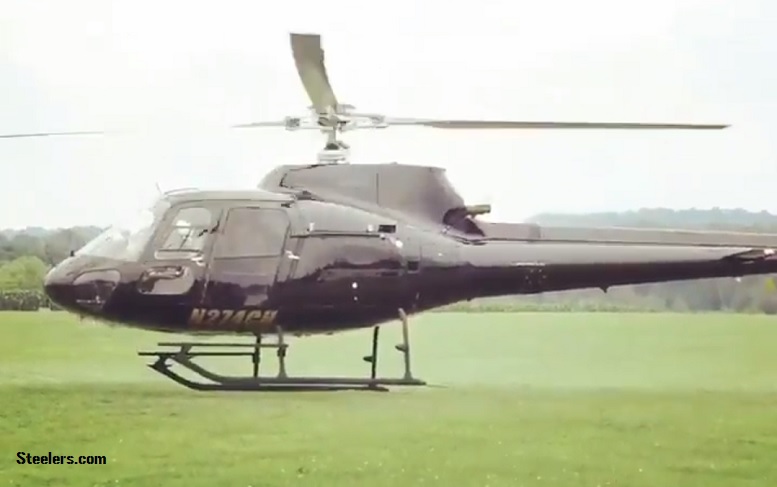 The last several years Pittsburgh Steelers wide receiver Antonio Brown has arrived for the start of training camp in very noticeable ways and that includes in a Rolls Royce the last three years. On Wednesday, however, Brown took it to the next level as he arrived at Saint Vincent College in Latrobe along with members of his family via a helicopter.

This is how you make an entrance at training camp @AB84. #steelers pic.twitter.com/A9cJ8s4f9r

Prior to his arrival on Wednesday, Brown tipped off that he was flying to Latrobe via helicopter on his Instagram account and that included him posting video of him traveling high above Heinz Field. According to Aditi Kinkhabwala of the NFL Network, the entire Steelers scouting staff, and general manager Kevin Colbert dropped whatever it was they were doing to come outside and witness Brown’s arrival via the air.

Yeah… @AB84 showed up in a helicopter. ???? pic.twitter.com/zTUBdLChI6

“I just wanted to get here on time and be ready to go,” Brown said when asked if he’s trying to make a statement by arriving in a helicopter this year.

Brown is easily the NFL’s top wide receiver right now and it will now be interesting to see if this year’s Madden cover athlete can register yet another 100-reception season in addition to his first Super Bowl championship. I can only imagine how he’ll arrive at Latrobe this same time next year if he’s able to accomplish the latter of those two things and especially if he was named MVP of the big game to boot.

Shall we call him, “Black Hawk Brown” now?

Antonio Brown is ready to get to work at #SteelersCamp. pic.twitter.com/IAEYIUUw6o