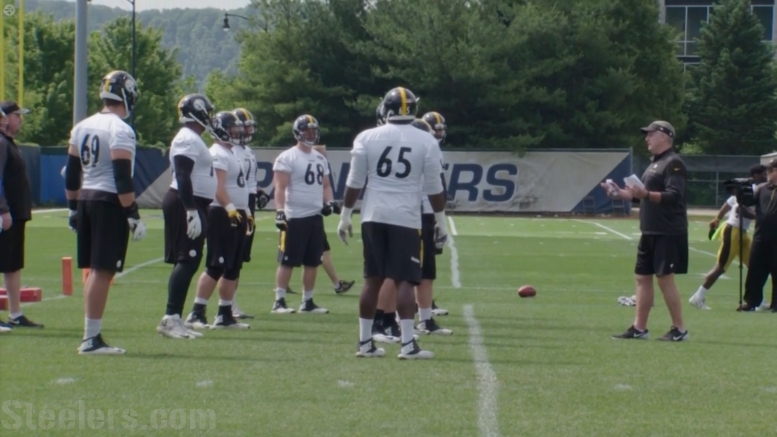 You are probably not going to find a more humble player in the NFL than Alejandro Villanueva. He was probably raised, and then trained, to be that way, but however it came about, he reveals that humility every time he speaks.

And whenever he is asked about anything that he has accomplished, he quickly credits it to the teachings of others or to luck. He doesn’t like to answer questions about himself. But if you ask him about somebody else and how great they are, you’ll get your full answer.

That is what he delivered when recently appearing on SiriusXM Radio and was asked to talk about the impact that offensive line coach Mike Munchak had on him during his career, saying, “I would need an hour; I would need a whole podcast just to tell you the wonders of Mike Munchak”.

Munchak, already a Hall of Famer as a former guard, long established a reputation for himself as one of the premiere teachers of the offensive line positions before the Steelers signed him to a contract to coach their linemen in 2014.

That also happened to be the year that the Steelers brought in Villanueva, spending that season on the practice squad. It was under Munchak that he essentially learned the tackle position starting in September, and about 13-14 months from that point, he entered the starting lineup and never left it.

Villanueva also pointed out that Munchak is no taskmaster, calling him “a very fun guy” who “makes everything very funny”. At the same time, he keeps his players on-course.

It is basically a credit to Munchak for nurturing Villanueva into an NFL-worthy tackle, and the Army Ranger never hesitates to express his appreciation for what was given to him through his influence and teaching.

“I think you’re not going to find a player who is happier with how much a coach has changed his life in the game of football”, Villanueva said, recounting his story of playing wide receiver in college and then trying out at defensive end with the Philadelphia Eagles.

“Especially the type of offense that we have, it’s incredible what he has done, not just with me but with all of us”, he went on. “So I’m extremely thankful for the role model that he is in my life as a father and as a friend, as everything, but also how much he’s helping me accomplish my goals of winning the Super Bowl one day”.