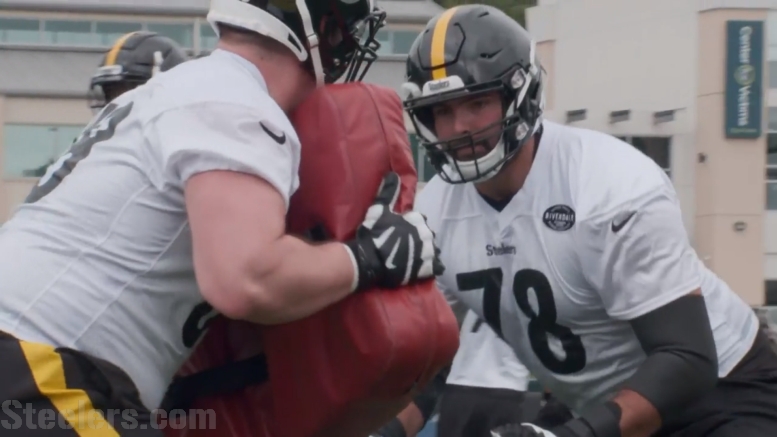 There are probably not many Pittsburgh Steelers fans who are unaware of Alejandro Villanueva’s backstory at this point as he enters his fourth season. A decorated war veteran as an Army Ranger, he went through multiple position changes before he finally even got on a practice squad at the age of 25 back in 2014.

Though he is no longer in the service, he is far from removed, and he uses his reach and newfound wealth to give back to his fellow veterans whenever possible. A Ranger will always be a Ranger in life, as exemplified in the way that he carries himself, and we do see that both on and off the field.

Villanueva recently appeared on SiriusXM Radio to talk about a number of topics, and it’s only natural for his past service to come up. He was asked at one point about how the leadership skills that he learned while training and serving in active duty translated to his role as an offensive lineman.

While he was naturally hesitant to draw connections between the two worlds, he did find one commonality that he felt was important. “I think it all boils down to management of expectations, and what is it you expect from each person”, he said. Both professions are the sort in which you need to know what type of performance you are going to get from everybody around you, or at least what they are capable of producing, and you don’t want to ask them to do things that set them up for failure.

Still, he seemed to find more contrasts between football and military service, especially in terms of discipline. He emphasized that, during his NFL career, he has realized that what ultimately matter is how you carry yourself on Sundays. As a military officer, you are monitored around the clock, every day, and every action reflects upon you. You can’t make up for mistakes with a 200-yard game.

“When it comes to football, the thing is how you’re going to play on Sundays that’s going to matter the most, so there’s a lot more leeway in things that you’re going to do during the week”, Villanueva said. How you present yourself to the media or your teammates”.

He went on to say that “it’s been a learning curve to know that, maybe because players are acting a certain way doesn’t mean that they don’t care about their performance or what they did”. The left tackle talked about the number of distractions that the team dealt with last season as an example.

“Obviously last year, including myself, we went through a lot of media attention, and I’m sure that we could have dealt with it better in a million ways”, he told the hosts, “but Sundays is what matters in football, and so that’s the one thing that the military I think takes a little bit further in the way you present yourself, the decisions that you make all the time, 24/7, not just on the football field”.