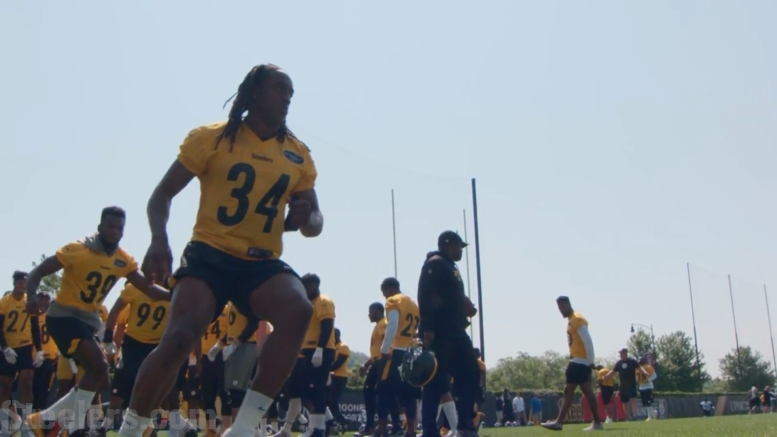 Up for Grabs: Starting Jobs

The odds are that Morgan Burnett and Sean Davis will enter the 2018 regular season as the Steelers’ starting safeties, regardless of who lines up where. But it’s not guaranteed, and recent history bears that out. The team has gotten a lot of rookies onto the field in starting positions lately, some of them even from day one.

You just have to go back to last season when T.J. Watt took over full-time for James Harrison at the right outside linebacker position. Harrison was one of the team’s better defenders the year before, so Watt earned the job, and wasn’t handed it by default. The year before that, Davis himself technically opened the season as the team’s nickel back, though that was due to injury to Senquez Golson.

Then there was Ryan Shazier in 2014, who took the first snaps in the starting lineup not simply in the season opener, or in the first preseason game, but on the very first snap of OTAs during his rookie season. He was installed immediately as a starter, and he remained there until after his second injury, having missed too much practice time at that point to retain his role in year one.

The season prior to that, the intention was to have Jarvis Jones start the season opener, but an injury kept him out of that role, the job going to Jason Worilds. Jones took over for the second game, but he eventually got benched, only to be re-inserted into the lineup after LaMarr Woodley was injured.

It’s well within the realm of possibility that rookie first-round pick Terrell Edmunds can secure a starting job by the end of the preseason if his performance dictates that, relative to the two veterans on the roster.

Davis in particular has had a lot of issues over the course of his first two seasons, particularly with tackling. Given the extensive turnover at the position, it would be wise to allow the competitive atmosphere of training camp and the preseason make the determination about who belongs where and in what roles.