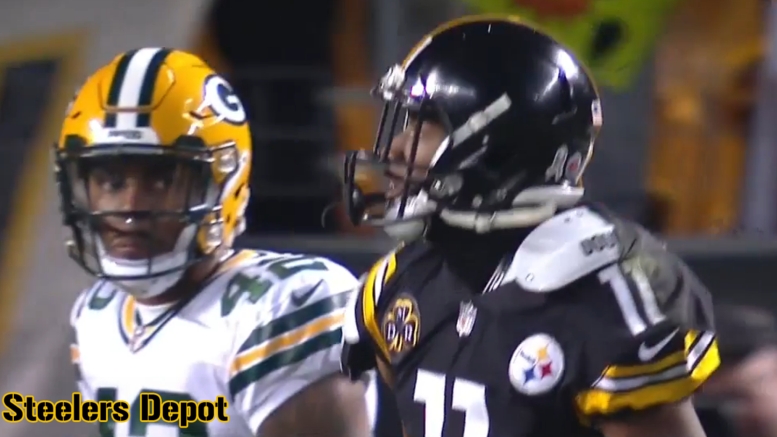 The Steelers don’t generally sign free agents to second contracts, even if they are just for one year, if they don’t envision them potentially filling some sort of meaningful role. Just look at how long players like Darrius Heyward-Bey and Arthur Moats have lasted after initially being brought in on one-year, veteran-minimum contracts.

That is how Justin Hunter came to the Steelers a year ago, and though he played a very minor role with the team last season, he is back for another year. And he’s recently had his head coach, Mike Tomlin, talking him up some.

He said of the veteran wide receiver that he was just getting his feet wet in Pittsburgh a year ago and was anticipating more in his second season with the Steelers. “We are depending on him and expecting him to deliver in a big way”, he said.

Of course there is some relevant subtext to those comments and perhaps should be taken with a grain of salt, but the way the roster currently looks, and how we have seen the spring practices unfold, it’s not at all unreasonable to assume that he may well end up with some sort of meaningful niche role in the offense this year in addition to being the top backup.

That is after the Steelers traded away Martavis Bryant and failed to re-sign the injured Eli Rogers, two moves that played in Hunter’s favor. Rookie James Washington immediately jumped ahead of him and should be one of the three starters with Antonio Brown and JuJu Smith-Schuster.

But in contrast to last season, Hunter may be the next name to come up after that. He had a very brief flirtation in that role before Rogers was re-installed there last season. If there really is anything to the getting comfortable phase of a player’s career in a new city (and not to mention a new offense), then who knows?