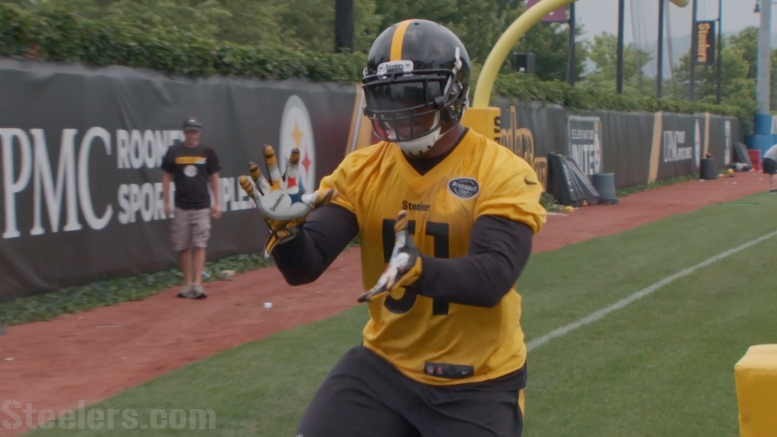 For the first time since he signed a two-year contract with the Steelers back in March, inside linebacker Jon Bostic saw some time working with the first-team defense in his first practice of training camp. While Tyler Makatevich started the session working with the starting group, Bostic was able to rotate in and see some snaps.

While this is not some big sort of surprise, it is noteworthy for the fact that he spent the entirety of his time on the field during the spring working with the second-team defense. Generally speaking, when a team signs a player with the intention that he is going to start that season, he begins by practicing with the starters.

It becomes more complicated when you are dealing with a position as inextricably tied with a deep knowledge of the defense as the mack linebacker, which is almost always the signal-caller of the unit. Given Bostic’s newness to the team, and Matakevich’s seniority in that regard, it’s not entirely unreasonable that he didn’t take any starter reps, although I would still argue that it’s surprising.

I do think we know by this point, however, that neither player is going to be given the opportunity to start. One of them is going to have to rise above the other over the course of the next several weeks and take the job as his.

For Bostic, this was the first step toward making headway in reaching that goal. He has had a number of months to learn the system now, and has gotten the reps back in the spring to commit the role to muscle memory.

Now he just has to play and perform, and prove that he is not only capable of doing the job on an every-down basis, but that he is the better candidate between the two for that role. One obvious advantage that he has is a whole lot more playing experience, and a tangible history of wearing the green dot, as he did last year for the Colts.