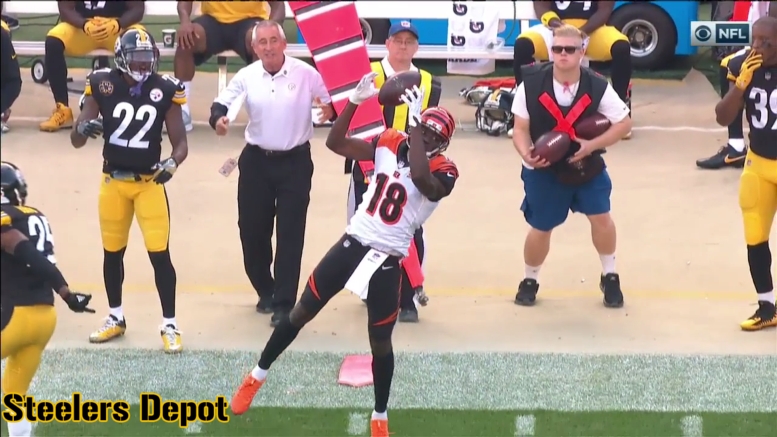 Question: Who is the best non-Steelers wide receiver in the AFC North?

Since we have some time to kill before training camp opens, I thought we might take a look at some divisional queries to brush up on the Steelers’ most immediate adversaries, their AFC North rivals with the Baltimore Ravens, the Cleveland Browns, and the Cincinnati Bengals.

It wasn’t too long ago that the division actually sent three teams into the postseason in one year. At one point, they even had four teams simultaneously with a 7-5 record a few years ago. Things haven’t looked so good for anybody but the Steelers over the past few seasons, however.

Let’s start with the longest-tenured in the division: the Bengals’ A.J. Green. The fourth-overall pick several years ago, Green has been a perennial Pro Bowler and has certainly helped Andy Dalton look downright competent on occasion. If he were on the Steelers, and Brown were not, he would have a strong argument to be the best in the league, in my opinion.

The Browns have Josh Gordon, who had an incredible season five years ago, but has hardly played since. So we don’t really know where he stands right now. But we know what he is capable of doing. It will be interesting to see what he is able to do with a full year.

Then there’s Jarvis Landry, whom the Browns just brought in. He has been a very consistent receiver over the course of his first four seasons, and at least sounds optimistic about having even more success in the Browns’ offense.

Finally, the Ravens brought in a whole new crew at wide receiver, and the top of the list is Michael Crabtree, who had some very solid seasons in Oakland. He is the only player other than Brown to have recorded at least eight touchdowns in each of the past three seasons.