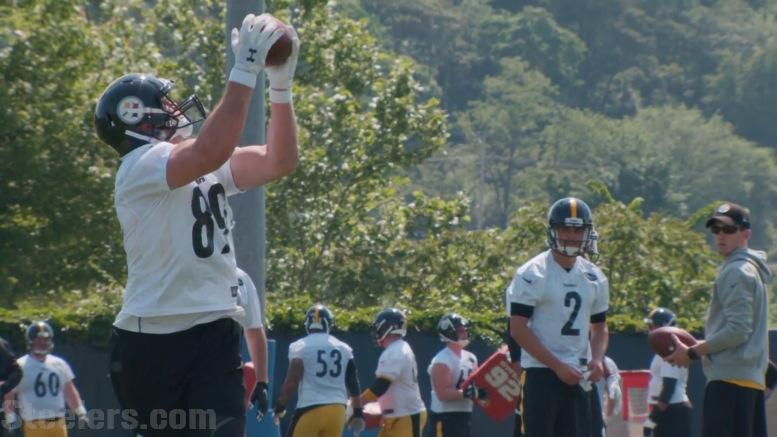 The Pittsburgh Steelers tried and failed in their first attempt to replace Heath Miller in 2016, who retired following the previous season. The team went out and signed free agent Ladarius Green to a four-year, $20 million contract, but he would only see one season, limited to six games—albeit productive ones—thanks to an ankle injury and a concussion.

The Steelers bypassed the position in the draft, but when they looked at what they had available to them in training camp they decided to make a move, and they sent a fourth-round pick to the San Francisco 49ers for Vance McDonald (and a fifth-round pick), a former second-rounder who was entering his fifth season, and the first under a new contract.

Pittsburgh took on McDonald’s contract in the hopes of him proving to be what they had lacked at tight end since Miller left, which is a consistent producer in both the receiving and blocking departments. And while his first season was littered with injuries, he did show glimpses of what he can be in the offense.

And he’s starting to see what he can be in the offense as well. That is, the 2018 offense, which he believes will be more catered to his skill set under Randy Fichtner, who is entering his first season as offensive coordinator. He was promoted to that role after the Steelers decided to move on from Todd Haley.

He told Jacob Klinger that Fichtner has changed things about the offense that are advantageous to him. “We just got a little bit of different personnel, hopefully kind of utilize me on the field a little bit more, put me in different places so it’ll be fun and exciting whenever we keep moving forward”, he said.

The reporter wrote that Xavier Grimble told him the changes McDonald is referring to are about simplifying or rephrasing things, but the way in which McDonald will be used will clearly change from what his role was for most of last season.

Grimble offered his own observations of the veteran tight end, with whom he spent some time while the former was briefly on the 49ers’ practice squad a few years ago. He told Klinger that McDonald looked strong so far during OTAs.

But the trade acquisition caught just 14 passes for 188 yards and a single touchdown during his first regular season with the team. He missed six games due to a variety of injuries, and he also dropped a few passes over the course of the season.

He showed the sort of impact he could have in a game during the postseason, however. Following a first-round bye, he caught 10 passes for 122 yards in a losing effort against the Jacksonville Jaguars. The Steelers believe he can put up Pro Bowl-level receiving numbers if properly utilized in 2018—and if healthy.