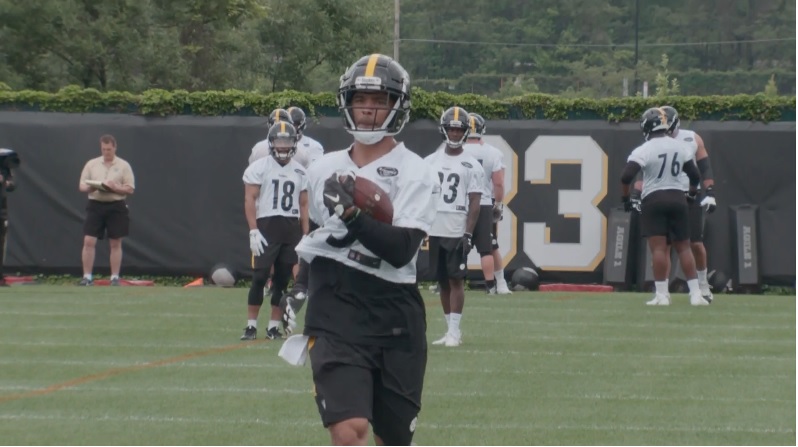 Mike Tomlin is known as a player’s coach but if there was another way to describe him, it’d be as a loud coach. One who wears his emotions on his sleeve and isn’t afraid to jump into a rep with a special eye on a player or group. That goes for anyone, whether that’s an All-Star or a relatively unknown player, like WR Trey Griffey. That was a point Griffey brought up in a recent interview with Steelers.com’s Teresa Varley.

Tomlin has certainly had a bigger stamp on the Steelers’ defense since Dick LeBeau was let go but that involvement hasn’t been exclusive to the defense, as Griffey’s quote confirms. Come training camp, you’ll see Tomlin circle the blocking sleds the tight ends take on in individual work, letting those guys know if they’ve done a good enough job or not.

That was also evident at yesterday’s practice when Tomlin put 1st round pick Terrell Edmunds in the spotlight. Jeremy Fowler has a great video of the interaction, Tomlin making Edmunds go rep after rep, praising his footwork but critiquing his hand use.

To hear many players tell it, that’s what makes Tomlin a “players coach.” Not that he’s still relatively young or a “cool” guy with his Aviator shades and quick, motivational one-liners. It’s his honesty – to let one guy know exactly where he stands, good or bad, so the player has the best chance to improve and help the team win. That’s what resonates with players and makes guys want to play for Tomlin.

And why he’s regarded as one of the top coaches in the NFL.