Shot #1 – In a Saturday tweet, the Steelers asked fans to rank their favorites all-time players at various positions and I took a stab at answering it myself as you can see below. What do your selections look like?

Who are your all-time favorite #Steelers?

Shot #2 – While it took five years to complete, Steelers fan Scott Wolfe finally has his jaw-dropping tattoo completed and it includes very colorful and life-like images of several of the most-iconic players in the history of the team’s franchise. The tattoo was done by Sarah Miller, the owner of Wyld Chyld Tattoo studio in Pittsburgh.

Shot #3 – Speaking of tattoos, Steelers linebacker Ryan Shazier apparently has a new one, according to his Instagram account. Shazier now has the “SHALIEVE” tattooed in very large letters running down his right leg and below his knee. 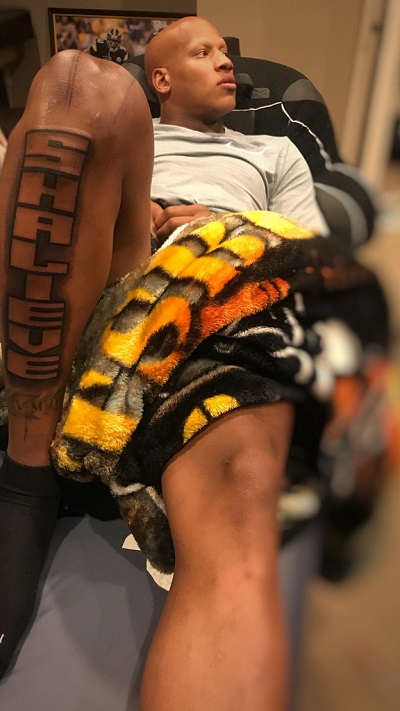 Shot #4 – It will certainly be interesting to see how the Steelers use new veteran safety Morgan Burnett in their defense in 2018. Against the run, however, there’s a good a chance he sees a lot of time in the box. With that in mind, below are the percentages of run defense snaps that Burnett lined up within 8 yards of the line of scrimmage since 2014 as a member if the Green Bay Packers, according to Pro Football Focus.

New #Steelers S Morgan Burnett's % of run defense snaps lined up within 8 yards of the LOS since 2014:

Shot #5 – A few days ago, Will Graves of the Associated Press wrote a nice story about Steelers tight end Christian Scotland-Williamson, the team’s international practice squad player this year, who is attempting to make the crossover from rugby to American football.

Shot #6 – SiriusXM NFL Radio had an interesting playbook segment on their “Movin’ The Chains” show this past week and it centered around the wide receiver route tree and the adjustments that are generally made versus certain kinds of coverages. The graphics they posted to Twitter after the segment are worth reading.

Love the playbook segments on Movin’ The Chains?? Here’s the 1st installment for 2018. The WR route tree by number. More to come pic.twitter.com/fsqswWl7qe

More from our playbook segment. The routes for WR’s pic.twitter.com/g0O7eQHYZl

Shot #7 – Finally, it appears as though Steelers rookie quarterback Mason Rudolph had a chance to attend his first Kenny Chesney concert at Heinz Field this weekend as evidenced by the photo below that he posted on his Instagram account of him alongside center Maurkice Pouncey and tackle Marcus Gilbert. Rudolph and most of his other Steelers teammates will resume OTA practices this coming week. 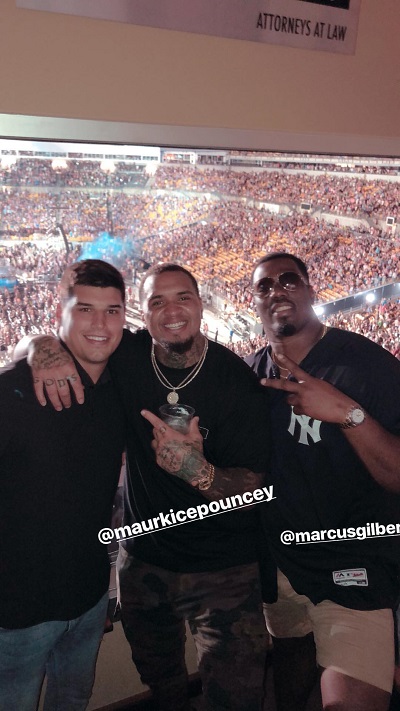