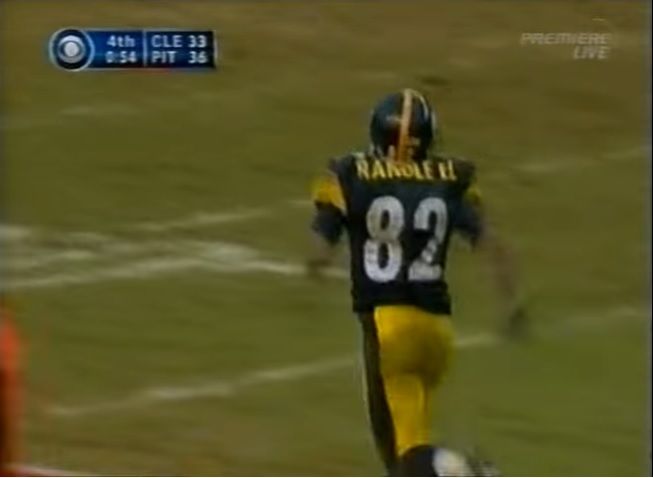 Today, we’re looking at the time the Steelers busted out the Wildcat in one of their most memorable comebacks in team history.

To be fair, this is a game most fans old enough to remember still have fresh in their minds. A time when the Cleveland Browns were…good, and battling the Steelers in the 2002 AFC Wild Card game.

I think I am going to dedicate the entire game to a separate post but here’s the quick backstory: Cleveland raced out to a 24-7 lead in the third quarter, making it seem certain Pittsburgh was headed to the exits. But they mounted a furious comeback, taking a 34-33 lead with under a minute to go when Chris Fuamatu-Ma’afala busted up the middle for six.

Opting against the extra point was a no-brainer. But the play Bill Cowher chose was unquestionably out of the box.

To be fair, the Wildcat wasn’t brand new to the NFL, even if we’re avoiding the hipster definition of the Single Wing offense of the 40s. Tim Dwight was sprinkled in that way with Atlanta in the late 90s, once throwing a 22 yard pass to QB Chris Chandler and taking this direct snap (Chandler faking a screen at the bottom), in the ’98 Title game versus Minnesota.

But it was certainly rare and “Wildcat” wasn’t in football’s venacular when the Dolphins and Ronnie Brown surprised Bill Belichick – and the rest of the NFL – six years later.

The Steelers, though, were unique too. Even out of the Kordell Stewart/Slash era, they had the WR/QB hybrids. Hines Ward and Randle El were the perfect gadget players with their throwing, college background.

And so with Heinz Field in a frenzy, having just taken the lead for the first time all game, Cowher went to his bag of tricks. Tommy Maddox stayed on the sideline and the Steelers lined up in a full-house look initially. Ward under center, Jerame Tuman to his right, Amos Zereoue his left, and Randle El behind. 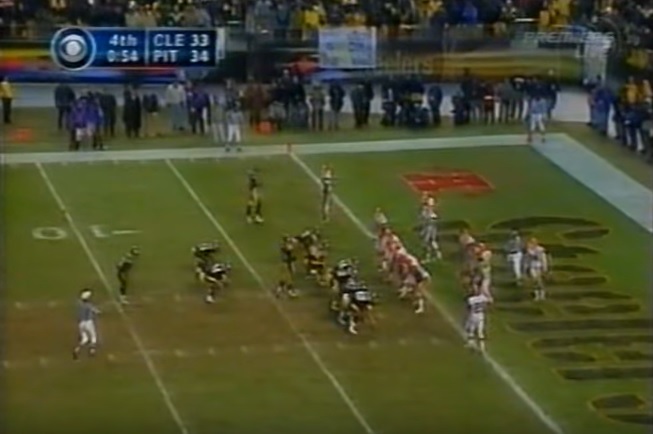 Ward flexed out right before the snap and Randle El hiked the ball. The goal of the play was to hit Ward in the right flat, the defense so confused that Ward was supposed to be wide open. But the Browns, to their credit, picked it up and took Ward away. 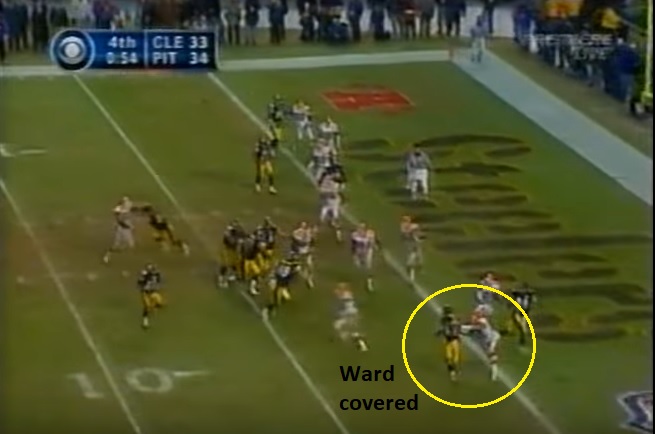 Randle El found himself in a scramble drill. In a playoff game. With a corner coming straight at him.

There was only one other passing option on the play. Tuman, the rugged tight end who caught only 11 passes in four seasons – and only four in 2002 – running upfield.

With all the attention on Ward, Tuman broke through and Randle El, in a split second, found him as his second read. The throw was on-target just enough and Tuman made the catch.

Cleveland could have – and honestly, probably should have – tied the game up, but that’s a story for another day.

It would only be three years later when on the big stage, the Super Bowl, Cowher would call similar trickery again, Randle El hitting Ward for a 43 yard touchdown and making it one of the most memorable plays in franchise history.