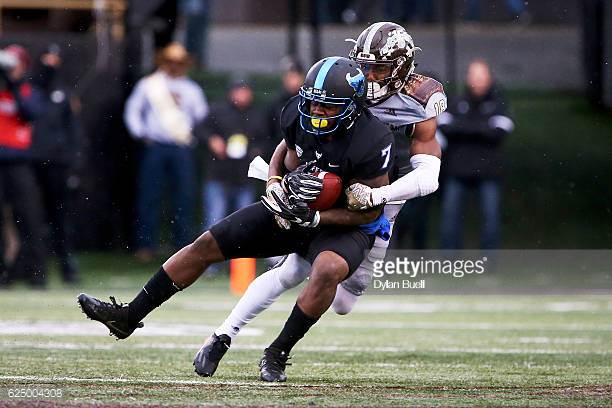 Last week, the Pittsburgh Steelers attended the Pro Day workout of Mississippi State DB Brandon Bryant, one of several players eligible for this year’s supplemental draft. But Bryant isn’t the only one on the team’s radar. Today, they were at Western Michigan corner Sam Beal’s workout.

Beal is arguably the top player in this year’s supplemental draft. He turned in a strong workout too, running a 4.4 40, jumping 37 inches in the vert and a 10’6 in the broad.

The Steelers drafted his teammate Chukwuma Okorafor in the third round of the 2018 draft.

Some have speculated Beal could be a third round pick in the draft, a high pick for this event. If the Steelers want to get him, it will cost a pretty penny.

The 2018 supplemental draft will be held July 11th. Using a pick in it forfeits the same selection in 2019.