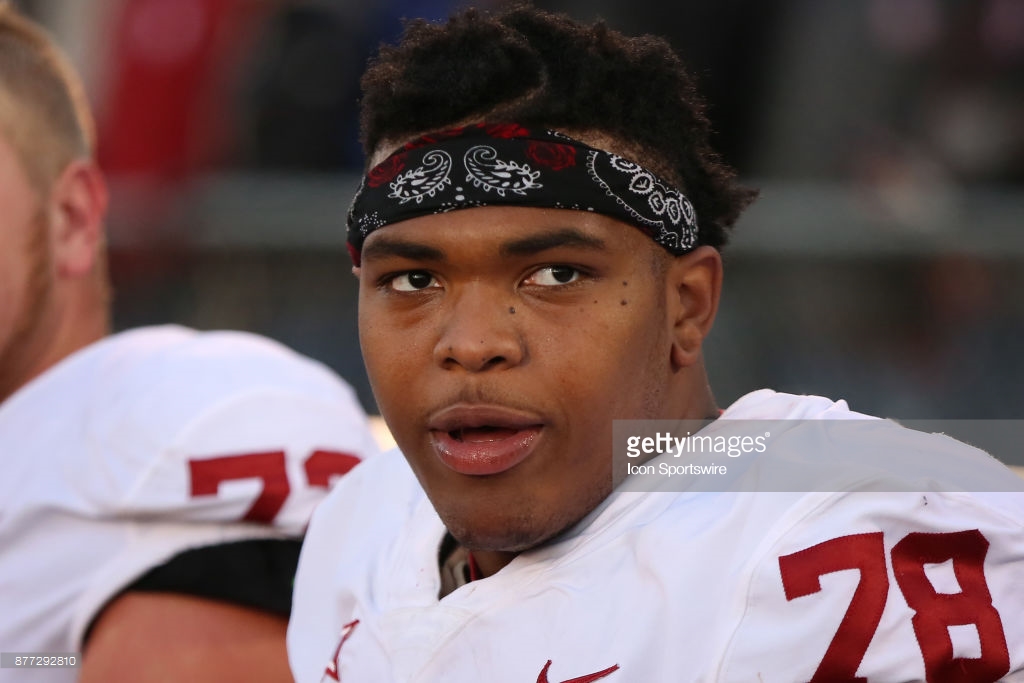 Everybody likes a feelgood story when the feelings involve your own team. But the Baltimore Ravens had a pretty good story during the 2018 NFL Draft when they took the opportunity to draft Orlando Brown, Jr., an offensive lineman out of Oklahoma State.

Brown’s father, Orlando Brown, Sr., originally signed with the Cleveland Browns after he went undrafted, having only converted to offensive line from the defensive line a year earlier. He became a fixture for the team at right tackle as they moved on to Baltimore.

Senior passed away seven years ago from complications of diabetic ketoacidosis at the age of just 40 years old. Junior followed in his footsteps. But his father actually wanted him to follow the footsteps of his Ravens teammate, Hall of Famer Jonathan Ogden.

“My dad forced me to learn it more so from a Jonathan Ogden standpoint than him”, he said, according to Jamison Hensley. Brown was not the most technically sound lineman in the league, but made up for it with his physicality and natural skill.

So with his father’s genes and the game film of Ogden, Anthony Munoz, and other greats, Brown the younger headed off to college to make a name for himself. But whenever he took the field, he did so with a bandana, which is a tribute to his father.

On the day that his father passed away at his home in Baltimore, he noticed a gym bag of equipment and gear from his playing days…as well as a white bandana, which he wore in order to stand out. “’You have to have your own swag’” as an offensive lineman, he recalled his father telling him. “’You have to make yourself noticeable, because nobody notices offensive linemen’”.

Now he lines up at his father’s old spot at right tackle for the Ravens, where he should be competing for a starting job. His primary competition will likely be veteran reserve James Hurst, who started at guard last season while both Marshal Yanda and Alex Lewis missed the year.

The Ravens already have one tackle position solidified by a young player in Ronnie Stanley their top draft pick from a couple of years ago, who was a day-one starter. Lewis was a rookie the same year and also became an immediate starter, so they are not shy about getting their linemen to play immediately.

Baltimore dealt with a litany of injuries along the offensive line, but appear geared to have a healthier year this time. While some of the injured have spent the spring still on the mend, they should be ready to go during training camp.