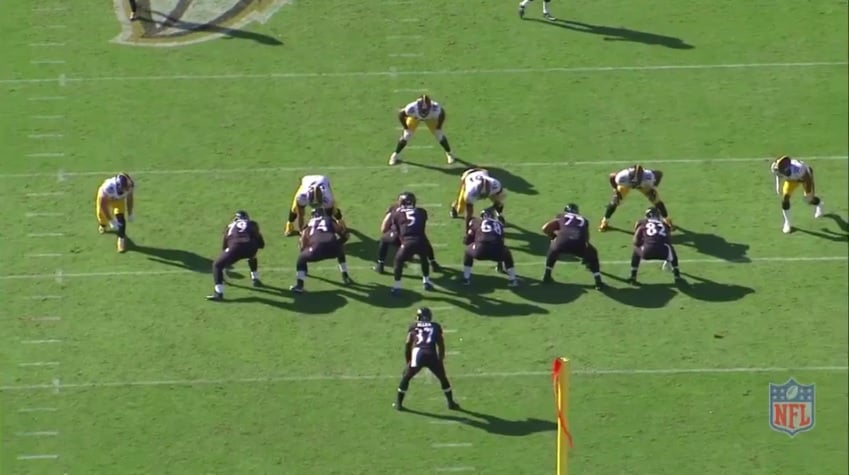 We recently wrote about a couple ways the Pittsburgh Steelers can improve their pass rush. I know that sounds crazy for a team that led the league in sacks a year ago but there are valid questions about that sustainability and even beyond that, coaches are always looking for ways to get better, regardless how an aspect of the team performed the year before. In that article, we talked about finishing plays and showing better pass rush balance.

Another way is a little more hidden but something that’s irked me about Keith Butler’s defense for awhile now. He – and to be fair, this happened under Dick LeBeau too – likes to align his inside linebackers to the edge on third down/obvious pass rush situations. Sometimes that means kicking an edge rusher inside, swapping the two, or simply shifting the OLB down a gap. 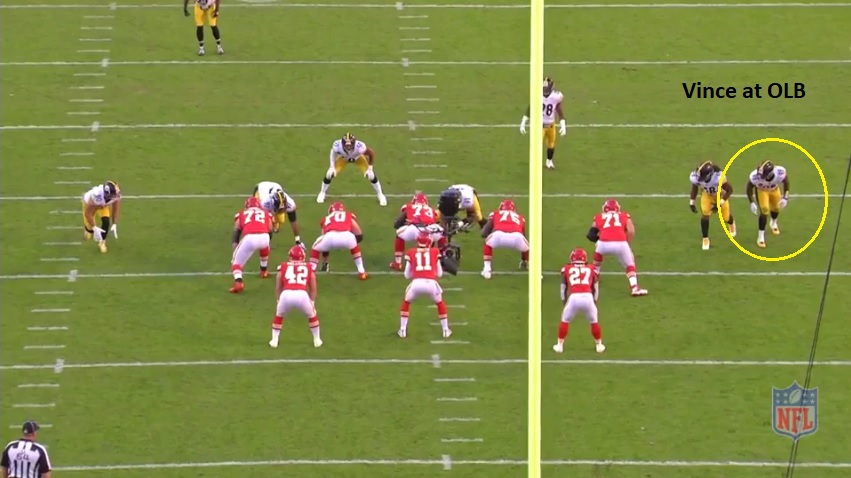 I assume the idea is to create a new look, put more pass rushers on the line of scrimmage, force the offense to better declare its protection and cause more chaos.

The problem I have is that it’s largely ineffective for the outside linebackers. And that’s expected. They’re not natural pass rushers and get killed when they match up on an offensive tackle. The best way they win is when they are still able to match up on a tight end or running back but the same can happen from the interior and that’s a quicker path to the quarterback with more valuable pressure in the A/B gaps.

But it was just an opinion I held without any concrete information to back it up. So I wanted to dig a little deeper over the last two years and see what the numbers show.

I broke it up into two sets: pressure and sack rates from Ryan Shazier and Vince Williams in 2016 and 2017. Here are the rates in each category, at both inside and outside linebacker, for each.

Here are the totals over the last two years. For this set of data, I am also including Lawrence Timmons‘ 2016 pressure stats at each spot.

The data is clear almost across the board. Pressure and sack totals double to triple when rushing from the interior than out on the edge. Obviously, Timmons is gone and Shazier isn’t playing in 2018 but I promise Jon Bostic, Tyler Matakevich, whoever else you want to suggest, are going to have similar results.

Put an inside guy, someone who isn’t a natural pass rusher, against a tackle who has the size, length, and pass protection chops, and they’re going to lose most of those battles. Like here, Shazier’s futile attempt against the Vikings’ left tackle.

I’m not saying Butler should never align his inside guys out on the edge. It’s fine to mix up the look and there can be good scheme reasons to do so (like the clip above, having backside contain on the nickel blitz). But I think he’s done it too frequently and should recognize this isn’t how his guys are winning. And to keep putting them there won’t change the results.