We’re starting off this year with Anthony Chickillo.

I watched every single one of Chickillo’s pass rushes from 2017. And I gotta say, after a dedicated, deep dive into him, he is not an impressive pass rusher. He’s not terrible but there is definitely no single trait I see that makes me think he’ll be more successful in 2018 than he’s been in the past.

Which, to be honest, kinda sucks, because he’s been a dependable player who has worn a lot of hats. To come to the NFL, buying into special teams, transforming his body to be a rush linebacker, and having the versatility to play either spot. He’s had some really good training camps and shows a craftiness in his game to try to win in multiple ways. He’s a quality dude to root for.

I didn’t chart each of his rushes but his most popular one seems to be the long-arm to create space and then dip the edge. He usually tries to set that rush up with an initial inside step.

His long-arm is effective and it does create the needed space between he and the tackle. But he is lacking the heavy hands to be able to chop the OT’s hands down at the top of it and missing the innate bend to turn the corner, flatten, and finish.

He’s got the LT beat (that’s Spencer Drango by the way, not Joe Thomas) but he can’t knock the tackle’s hands down and he’s able to recover and steer Chick up the field.

Similar here. Long-arm he tries to convert to a bull rush but he doesn’t have the power in his hands or hips to walk the tackle back (I get that he likely doesn’t have a two-way go here but he can still collapse the pocket).

He does well with a rip move but it tends to work too late in the rush. Chickillo doesn’t have many inside counters but he tries to use a swim move if the tackle oversets. However, he simply gets to tall to be able to shed and is often “caught” by the tackle and stood up. Look at how tall he is each time here. 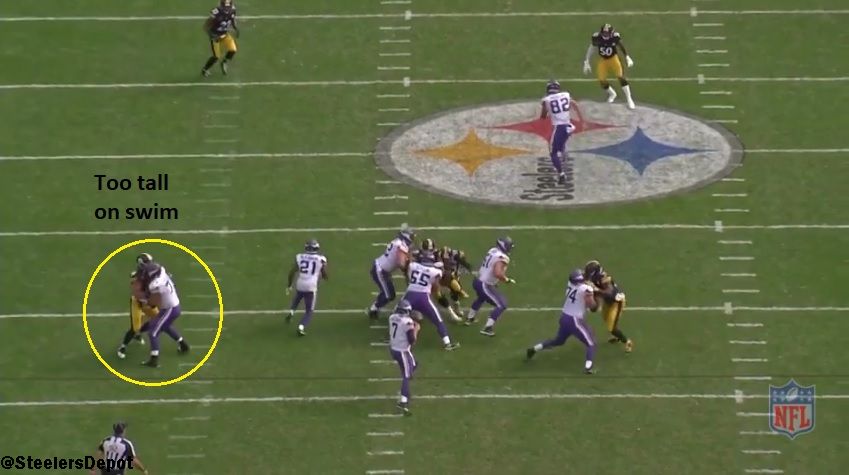 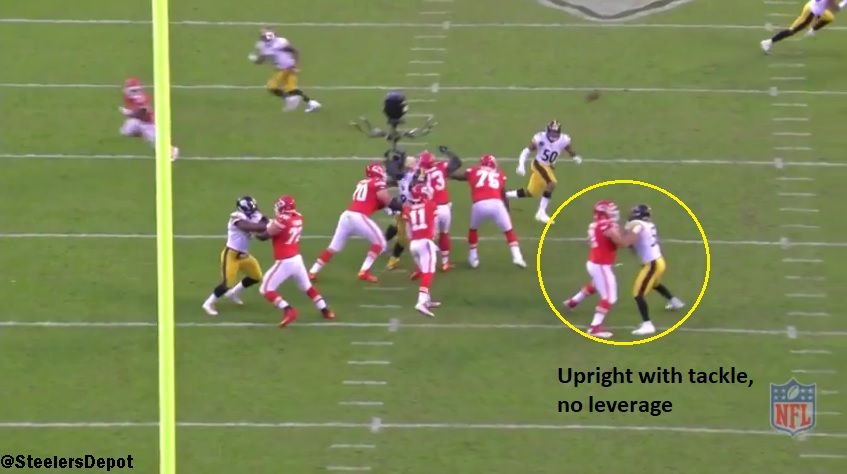 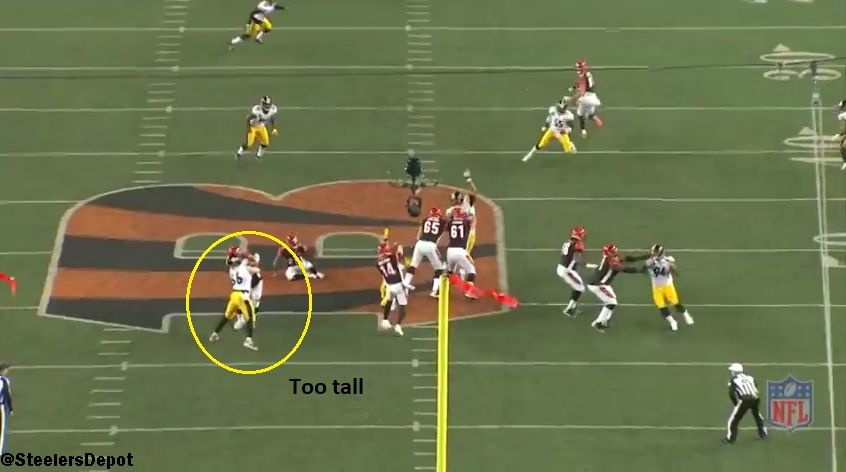 We see a lack of bend on this rush versus KC too. Two angles, aerial and end zone. Compare him to Harrison, both working against tackles but Deebo on a track tot he QB while Chick is stuck upfield. I get Harrison is smaller and that’s his game but most good pass rushers have to be able to bend. Especially for one who rushes to the outside as much as Chickillo does (again, the long-arm + dip/rip is his go-to move). 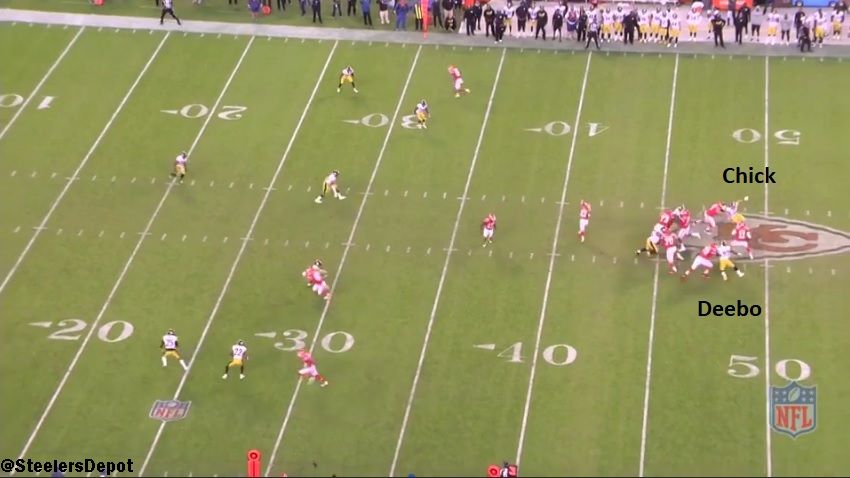 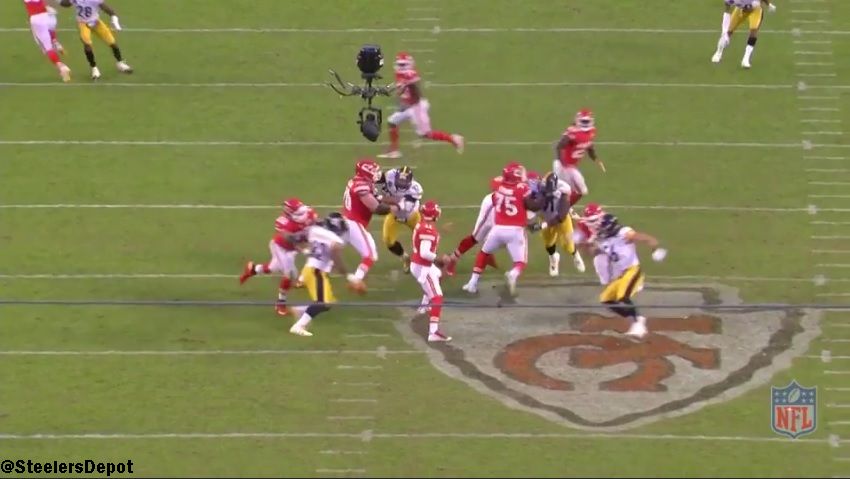 So I’m putting out a lot of issues there. I chose heavier hands because he is a bigger guy and should play with more power as a pass rusher than he does. Occasionally it does work, but not often enough, and he’s usually only taking advantage of below average tackles (to his credit, he dominated Bears LT Charles Leno in Week Three). I don’t think the bend is going to develop but that punch, its placement, its intensity, can. That’s going to make his swim and chop when he’s trying to corner more effective. Playing with heavier hands is his ticket to becoming not a great pass rusher but a no-nonsense one who is at least going to get some more pressure out of it.

I also think he has to make his move quicker. He’s trying to do too much to set the tackle up and even when it does work, he’s usually not able to get near the QB in time.