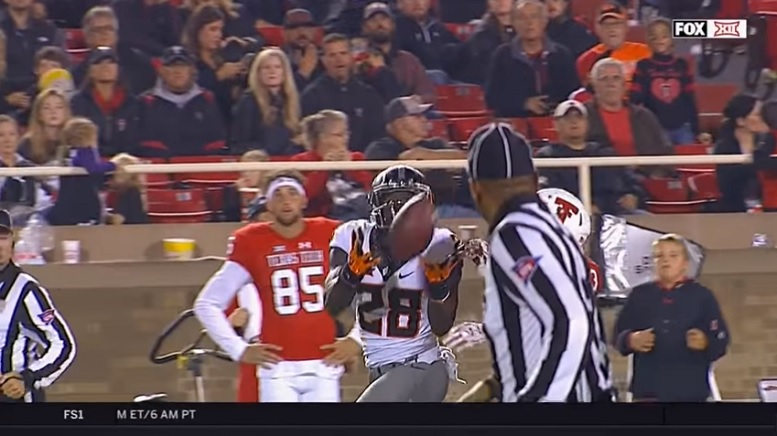 How many times this offseason have you heard or read new Pittsburgh Steelers wide receiver James Washington referred to as only being a deep pass catcher coming out of college? While Washington was indeed a bona fide deep threat at Oklahoma State, he enters the NFL a much more rounded wide receiver than most people credit him as really being.

As part of me recently contextualizing all the pass attempts made by new Steelers quarterback Mason Rudolph at Oklahoma State in 2017, I also was able to do the same for every pass thrown to Washington.

The biggest thing that jumps out at you when you look at Washington’s reception breakdown from 2017 is the fact that only 4 of his catches happened on the left side of the field, which I deem to be left of the left hash mark. That’s not overly surprising, however, as Washington rarely lined up on the left side of the offensive formation last season, and quite honestly, his entire career at Oklahoma State.

I will have more Washington data for you in a future post but in the meantime, if you would like to see every target Washington had in 2017, below are links to every one of them along with the play-by-play and contextualization for each..