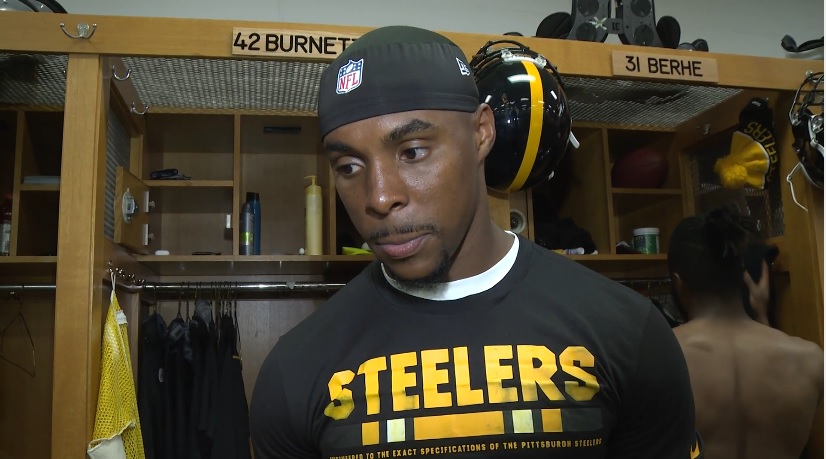 The arrow is going in the right direction.

Though he’s a veteran, and in theory, that should help him transition to another team better than say, a rookie, that comes with its own challenges well. He was used to his Green Bay habits – the playbook, the coaching, what the best cafeteria food was. So it’s an adjustment to move to a new city with his family, altering life on and off the field.

But so far, so good.

“I think it’s growing,” he told Steelers.com’s Teresa Varley of his comfort with the Steelers. “Getting used to everything. Getting acclimated to being on a new team. Getting comfortable with the plays. The arrow is going in the right direction.”

He credits part of that transition to playing in a similar scheme as he had in Green Bay. His defensive coordinator there was Dom Capers, a Dick LeBeau disciple who ran many of the same fire zone blitzes Pittsburgh had with LeBeau and have continued to run under Keith Butler.

Still, he cautioned there’s a long way to go before he’s fully comfortable.

“I’m nowhere near where I want to be. So I’m going to take this time to process all the information that I gained from the offseason. Train and prepare to get my mindset ready for football when we come back.”

Burnett cited training outside during these next five weeks between minicamp and training camp and putting on weighted vests to simulate wearing shoulder pads. That will all help him be in the best conditoning for the grueling atmosphere of St. Vincent College and a personal sticking point for Tomlin.

Throughout the spring, Burnett has been working as a starting safety. At the beginning of OTAs, there was no strong/free designation between he and Sean Davis but as camp went on, it sounded like Burnett was considered more of a free safety than strong. New DBs coach Tom Bradley and other players have maintained there is no starting FS on the Steelers, something that won’t be uncovered until training camp.