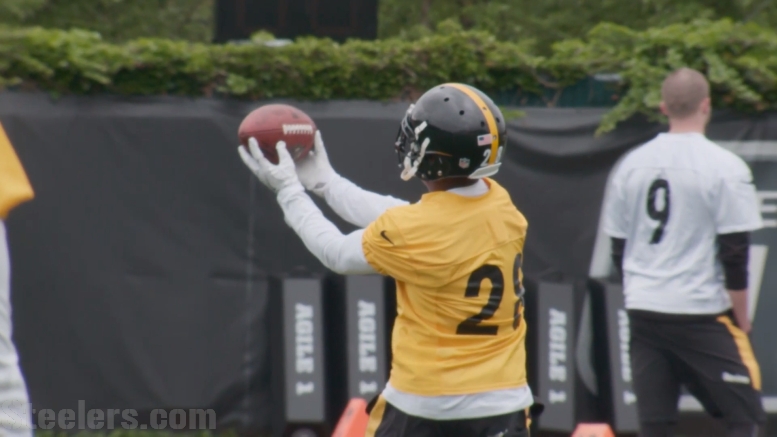 Mike Hilton was an undersized cornerback out of Ole Miss overlooked by almost everybody when he came out of college in 2016. He spent most of the offseason with the Jacksonville Jaguars, and also had a very brief stint with the New England Patriots, but was released before finishing up the season on the Pittsburgh Steelers’ practice squad. He was always a longshot to make a 53-man roster.

And then he did. And he started the season opener in the slot in 2017. And he is expected to do so again this year. But he isn’t making any assumptions, and he isn’t taking anything for granted. He has worked too hard and sacrificed too much to reach the opportunity he now has to lose due to complacency.

Hilton said that he has come in with the “same mindset as last year. Somebody’s here to take my position. I can’t settle. I’ve still got to be out there grinding, working every day making sure I’m on the top of my game. Everything else is going to fall into place”.

After all, he did take William Gay’s job, and he was a 10-year veteran at the time. He and Gay rotated in the slot during the first half of the season opener, but from that point on, the latter was reduced to work as a dime back, and that devaluation helped lead to his release this offseason, though he landed back on his feet with the New York Giants.

Gay’s departure was in a way a sign of the times, of how the Steelers have largely turned the room over to the young players. Hilton, Cameron Sutton, and Brian Allen are all second-year players, Artie Burns heading into his third season. Joe Haden and Coty Sensabaugh are the veterans of the group. But they are all highly competitive, yet supportive.

“Everybody wants to be the guy out there, being the starter making those plays, so we’re all behind each other, we push each other, and we compete”, Hilton described the dynamics on the field. There isn’t a lot established when you’re working with such a young group, so there are opportunities for advancement.

As for himself, he is in a better place than he was a year ago, for sure, though he doesn’t feel his work a year ago actually makes the offseason process any easier. Yet there is one big difference. “I wouldn’t say it’s easier, it’s just my confidence is a lot higher”, he told reporters. A year under my belt, with the scheme, with this team, my confidence is a lot higher than last year so I feel good going into this year”.