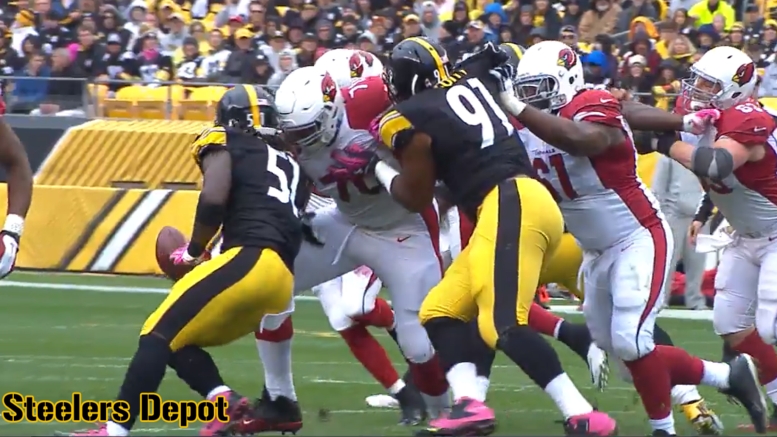 Cameron Heyward was something of an ironman during his first five seasons in the NFL, never missing a game, whether due to injury or otherwise. And once he cracked the starting lineup by the fifth game of his third season, it was hard to even get him off the field.

The plot changed dramatically in year six during the 2016 season when he experienced a season riddled with injuries, which actually began in the preseason. But it ended with a torn pectoral muscle that ultimately limited him to less than half of a full season, though he still managed to record three sacks—all in one game.

He merely came back to have arguably the best year of his career in 2017, posting a career-high 12 sacks with 45 tackles, two forced fumbles, and three passes defensed. He played in 15 games, but was afforded a game off in the regular season finale because the Steelers had clinched a bye week by then.

Javon Hargrave was with the Pittsburgh Steelers to witness both seasons, and he think that the team’s other defensive end, Stephon Tuitt, could accomplish a similar feat. While the latter did not suffer a season-ending injury as Heyward did, he did experience an injury on the second snap of the season that would last the entire year and affect his performance.

“He had some things to deal with, but he’s healthy this year, he’s eager to start the year, real hyped to get out there,” Hargrave told Joe Rutter about his teammate during OTAs. “It’s his fifth year, and he has to show what he can do”. Tuitt talked previously about how the injury affected him in 2017.

The nose tackle did note the similarity in circumstances between Heyward’s 2016 season and Tuitt’s 2017 season, and allowed that “it just really feels like Stephon has that chip on his shoulder” heading into the 2018 season.

For his part, Tuitt also told Rutter that he has spent the offseason getting the strength back in his arm. “It feels good to use my arm again”, he said. He said that he could only lift about 20 pounds of weight with his injured arm during the season.

The Steelers had just given the former second-round pick a very large new extension prior to the start of the regular season a year ago, and many were anticipating a breakout campaign that was cut short almost before it began. He made or helped to make plays on those first two snaps, but had to check out and would not return for a couple of weeks.

Since Tuitt talked about the extent to which his injury affected him, many have questioned the wisdom of playing him as much as they did a year ago. They went out of their way to add quality depth at defensive end that offseason with the signing of Tyson Alualu, but they did not use him much when Tuitt was active.