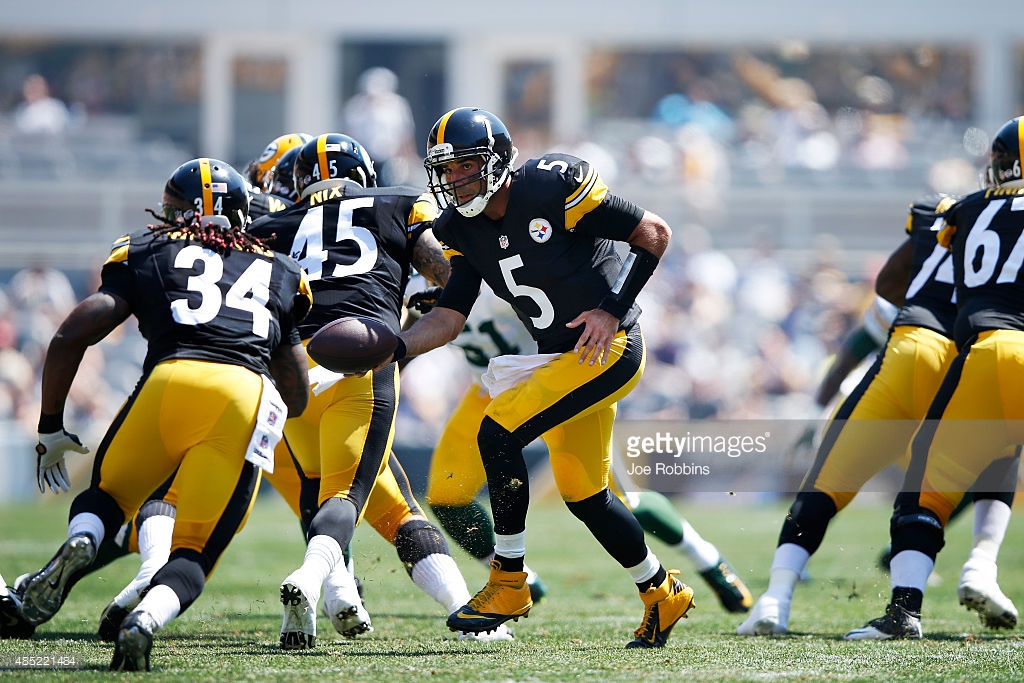 There is really not a whole lot that you can do as a player in the NFL when your team drafts players at your position. Just ask Landry Jones. For that matter, just ask Ben Roethlisberger, who was pretty clearly frustrated that the Pittsburgh Steelers did not use a third-round draft pick on a player more likely to be able to help him win a Super Bowl in 2018.

The player they did end up drafting, however, has the potential of having a far bigger long-term impact than anybody else they could have taken. If Mason Rudolph ends up becoming the franchise quarterback to succeed Roethlisberger—well, that still wouldn’t help Roethlisberger, but nobody else would care at that point.

In the meantime, Jones is just taking things a day at a time and learning to embrace his dual role as both a rival and a mentor. He is not ready to cede his position as the Steelers’ backup quarterback to either Rudolph or Joshua Dobbs. But at the same time, that doesn’t mean he is going to make things difficult for them, especially the rookie.

Why? Well, because that is the sort of role he was able to experience during his own rookie season. Back in 2013, the Steelers decided to move on from veteran backup quarterbacks Charlie Batch and Byron Leftwich, signing Bruce Gradkowski in the offseason. Then they drafted Jones.

Gradkowski, a Pittsburgh native, knew that the Steelers’ plan was for at some point to have Jones take over the backup job, but that didn’t stop him from helping the rookie. “Bruce always helped me out with that type of stuff and tried to set an example”, Jones recently told reporters.

He would like to be the same type of teammate to Rudolph and Dobbs now that he is one of the older players in the room, heading into his sixth season and with some meaningful NFL experience under his belt, including some wins and game-winning drives.

Not that it comes naturally or immediately. Jones said that he and Rudolph right now are really just trying to figure out who the other one is and how they will relate to one another. It can take time to build a relationship, perhaps especially one that involves a potential mentoring capacity.

Of course, his top priority remains continuing to better himself and to be the best backup he can be for the Steelers. There’s no reason he shouldn’t plan on continuing to spell Roethlisberger and just give up his role to one of the younger players.