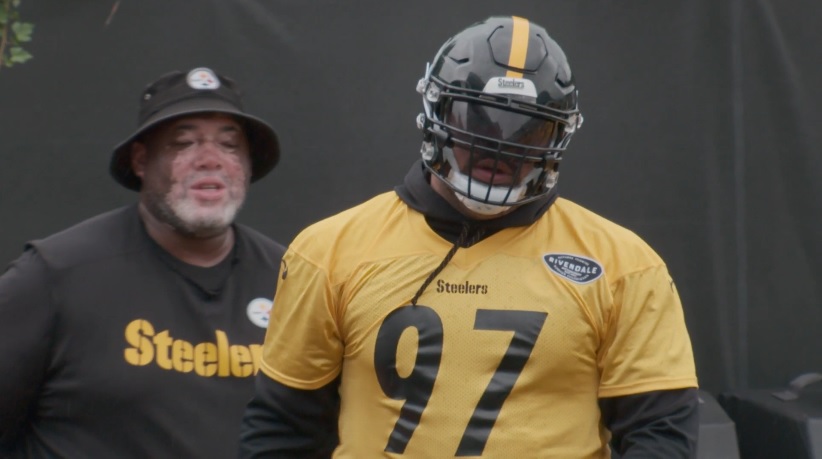 There’s no doubt Karl Dunbar has big shoes to fill. He’s taking over John Mitchell’s role, the longest tenured Pittsburgh Steelers coach who is moving into a more reserve, administrative role in 2018. With Mitchell still having a presence around the facility, there might have been potential for things to be awkward between the old coach and his replacement. But what’s unique about this situation is the strong relationship the pair have.

Mitchell was Dunbar’s defensive coordinator at LSU in 1990, where Dunbar’s solid career turned himself into an 8th round pick by the Pittsburgh Steelers. Him coming back is practically a family reunion.

“He’s my guy. Mitch was our defensive coordinator my junior and senior seasons at LSU,” Dunbar told reporters on the team site. “We knew each other and we’ve known each other over the years. He’s the first person I asked Mike about when Mike offered me the job. The transition between he and I have been great. He and I went down tot he Combine together, we stayed next to each other in the hotel. Our relationship I thought was pivotal for me to come back to Pittsburgh and make a smooth transition.”

The connections don’t end there either. Though Dunbar only went through training camp with the Steelers, he was temporary teammates with Jerry Olsavsky, then a starting inside linebacker, and now, the team’s ILB coach. As Dunbar acknowledged, the coaching fraternity is a small one.

He’s coming to a talented group to work with. Cam Heyward is an All-Pro and Stephon Tuitt has the talent to reach those same heights. Tyson Alualu has been steady, Dunbar praised his leadership, while L.T. Walton is a competent run stuffer.

The real challenge will come in molding up the players behind them. Can he finally get something out of Daniel McCullers? I get the feeling it was Dunbar who wanted to give McCullers a longer look after Mitchell basically declared it a “make or break” year in 2017. There’s Joshua Frazier, who Dunbar knows as well as anyone. Or Greg Gilmore, a UDFA the team threw a good chunk of money at to get him to land in Pittsburgh.

It’s not easy replacing someone of Mitchell’s caliber, revered by virtually everyone who has ever played under him. Especially when Mitchell is still part of the team. But by adding Dunbar, they get a coach with a lengthy resume of his own, he’s been at this for 20 years, and by all accounts, an excellent coach too.