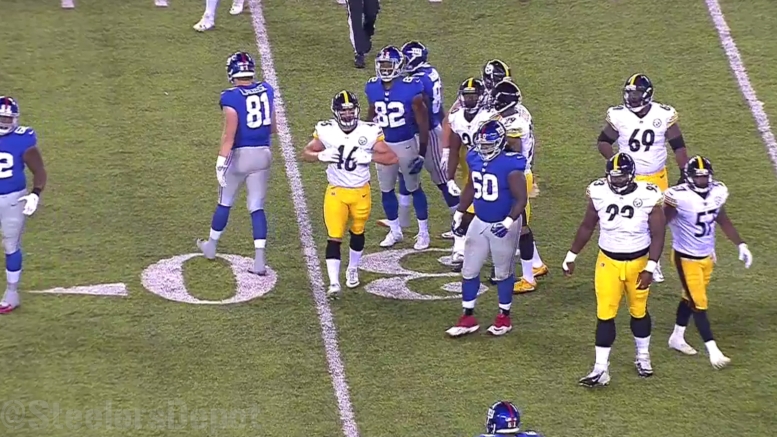 If not for an undisclosed injury that he suffered last September, Pittsburgh Steelers linebacker Matt Galambos would have likely spent most of the 2017 regular season on the team’s practice squad. For all we know, Galambos might have actually had a chance to end the 2017 regular season on the 53-man roster after starting linebacker Ryan Shazier was lost to injury in December had he not suffered his own injury.

Speculating what might have happened last season is very tough to do, but what we do know right now is that Galambos has been back in Pittsburgh since mid January fighting for a roster spot once again and he seems a lot more comfortable than he was last year at this same time.

“As a rookie you are trying to just trying to get by, just trying to do your job,” Galambos said this past week, according to the Pittsburgh Tribune-Review. “But now you are kind of ‘OK, I know my job, I know what I am doing; what is everyone else doing around me?’ Things like that, and then you’re just better physically.

“But for now, I’m just super thankful to be here.”

Galambos, who found himself without a team last season after being waived from the Steelers practice squad injured list with an injury settlement last September, was somewhat of a bright spot for the team last year during the preseason. He registered 6 total tackles and an interception in the nearly 80 defensive snaps that he was on the field for during the 2017 preseason in addition to registering another 3 total tackles on special teams.

As a result of his hard work a year ago during training camp and the preseason, Galambos, who registered 283 total tackles during his four seasons at the University of Pittsburgh, was signed to the Steelers practice squad over fellow inside linebacker Keith Kelsey, who was one the team’s originally signed undrafted free agents in 2017. Galambos’ road to the practice squad last year certainly wasn’t an easy one to travel as he had to make the Steelers 90-man roster originally as a rookie tryout player. In short, he had just three rookie minicamp practices to impress the coaches.

This year, Galambos will likely start off training camp buried on the team’s inside linebacker depth chart behind Vince Williams, Tyler Matakevich, Jon Bostic, L.J. Fort and undrafted rookie Matthew Thomas. Even so, its not unthinkable that he could be line for a fifth inside linebacker spot come September should the team ultimately keep that many. Even if he fails to make the 53-man roster this year out of training camp, Galambos could very well find himself back on the Steelers practice squad once again with another solid showing during training camp and the preseason.